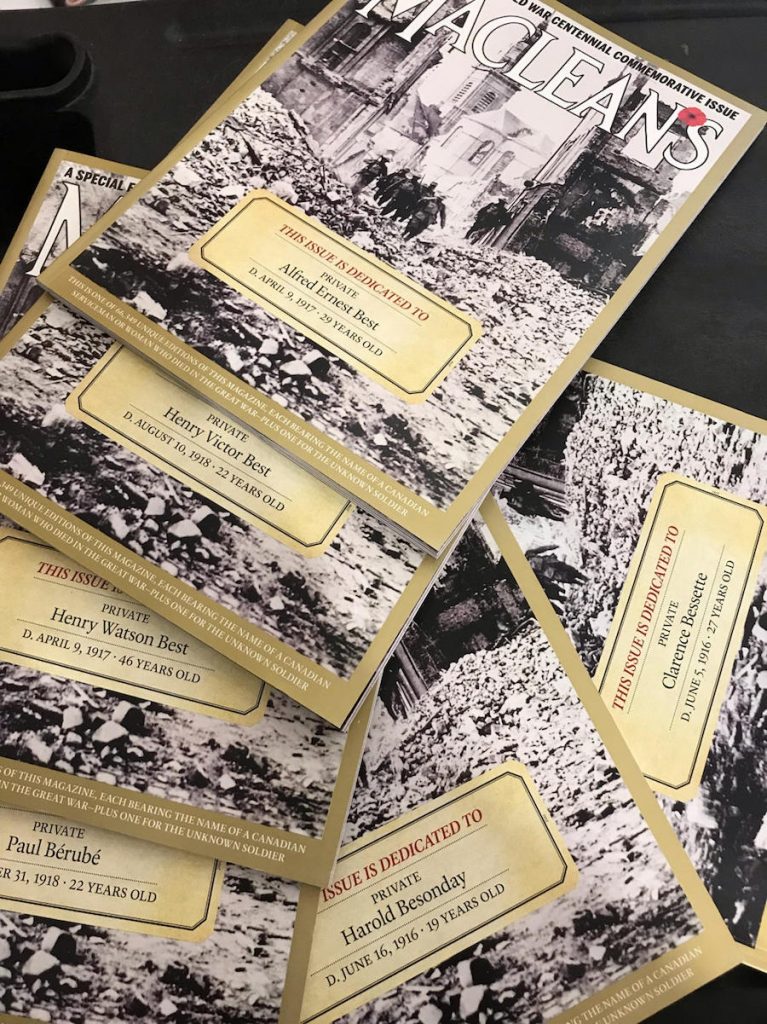 To mark the 100th anniversary of the end of the First World War, Maclean’s printed 66,349 commemorative issues — each featuring the name of a Canadian who sacrificed their life in the conflict.

“Sixty-six thousand, three hundred and forty-nine names—and one ‘Unknown,’ representing all the soldiers, some 20,000 never accounted for; buried in forgotten graves, or sucked deep into the mud of Flanders, or obliterated by the destructive power of weaponry never before seen in battle,” Maclean’s writes in the article, In their honour, we publish their names.

Since its publication in October, the magazine received a number of requests from readers seeking more information, either to connect with the living relatives of the service man or woman featured on their cover, or to find out where a particular cover ended up. In an attempt to facilitate connections, Maclean’s created a registry for the covers for those looking for more information or to order a customized edition that features the name of a family member or significant individual.

“[We] created this initiative to mark the sacrifice made by each of them,” the magazine explains on the registry homepage. “Moreover, we wanted to offer a glimpse of these servicemen and women as people — individuals with a family, a job, a church and a community. They were ordinary people called upon to make an extraordinary sacrifice.”