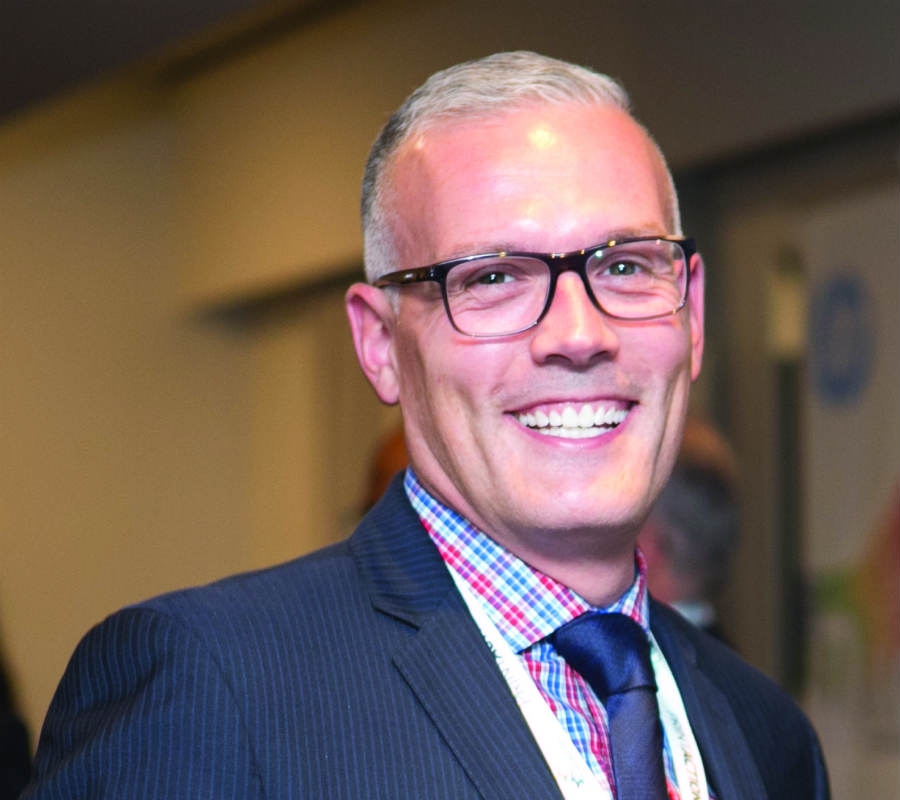 One year ago Canadian Sean Springett became Chief Executive Officer of Manroland Sheetfed GmbH’s North American subsidiaries, based in Chicago, Illinois, and Vaughan, Ontario. Springett, age 43, joined Manroland Sheetfed in 2008 and served as VP of Sales & Marketing for both the U.S. and Canada before taking on his current position.

Manroland Sheetfed, a subsidiary of privately owned UK engineering group Langley Holdings plc., has been a leader in the paperboard sector of printing for decades. With the growing focus on carton work, because of its stability relative to some eroding commercial markets, Springett spoke with PrintAction about the direction of this sector and its domination by sheetfed offset technologies.

How can commercial printers enter carton?
SS: I would suggest using caution is prudent, especially since the landscape is evolving through consolidation in the packaging segment.  I can only speak to how I have seen this transition occur in the past and, at best, the migration to package printing from commercial is a gradual event. A commercial printer must consider their existing niche served and what aptitude and skill-sets they already have that can be put to good work in making a leap, or dipping their proverbial toes in the packaging arena.

Major and medium players in packaging are highly skilled and tooled. If a commercial printer is attempting to compete in the volume business, they need to retool their factory, areas like sheeting, structural engineering, die cutting, gluing, and die making is typically more foreign to commercial applications, at least by scale.

The technology advances in IT, the ideology of print being a compliment versus the single primary export of a commercial printer, is intriguing. Many have evolved into a more savvy business model with multiple revenue streams. Couple this with the marriage of sheetfed offset and digital. Whereas digital has crept into what was considered traditional offset, the newest sheetfed offset technology is creeping into what was always regarded as short-run digital.

What is the complexion of today’s short-run carton market?
SS: The ideology of volume versus short run is almost dismissive in regards to larger packaging firms. Many of them, whether global, national or an independent viscerally defend the market space regardless of run specifics. The larger firms equip themselves to handle the shorter runs but often struggle with big business problems where some of the smaller independents shine in this arena. This is the space a smaller independent packaging house or a commercial printer can capitalize on.

What type of automation do you need to focus on short-run carton?
SS: It is less about the individual process of the equipment and more about the overall operation of a system. In today’s terms, it’s about transparent productivity. The ability to measure the performance of the asset, being a sheetfed offset press and determine how to optimize the performance… the ability to provide the information is less important compared to being able to disseminate it and help the printer improve productivity and fully utilize the asset.

Are packaging press sales growing or is it more a decline in commercial press sales?
SS: When new offset high-performance equipment becomes operational, optioned and equipped to the highest automation level, I believe we will see a little more offset in the digital sphere. At the same token, new offset and new digital can do the work of two or three of its predecessors. By sheer economics, press sales will decline regardless; I favour the opinion that our market is far more variable in nature.

How far off is inkjet from making an impact on short-run carton?
SS: Speed is the Achilles’ heel of inkjet. In order for inkjet to gain a more mainstream focus, it will need to increase the sheets per hour and continue to economize the ink costs.