Headlines News
Marcoux Named One of Canada’s Most Powerful Women 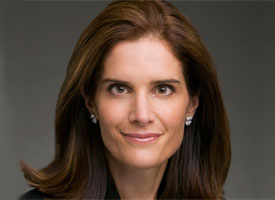 Transcontinental’s Isabelle Marcoux, VP of Corporate Development,
has been recognized on the 2010 listing of Canada’s Most Powerful Women,
Top 100 Awards, in the Corporate Executives category.
The Top 100 Awards program is organized by the Women’s
Executive Network, which was developed in 1997 to focus on the
advancement and recognition of executive-minded women in the workplace.
Marcoux joins a community of 522 women across Canada who have received
this recognition.


“It
is a great honour for me to be included in this group of outstanding
women. This recognition is testimony to the passion I bring to my work
as well as to the causes that I believe in,” stated Marcoux. “Such a
prestigious reward encourages me to keep striving to really make a
difference.”
Marcoux
has been Vice Chair of the Board of Transcontinental since 2007 and VP
of Corporate Development since 2004. From 1997 to 2004, she was
Director, Mergers and Acquisitions, as well as Director, Legal Affairs
and Assistant Corporate Secretary. Before joining Transcontinental, she
was a lawyer at McCarthy Tétrault LLP.


She also sits on many high-profile boards within Canada’s corporate and
arts communities, including Power Corporation of Canada, Rogers
Communications, George Weston Ltd. and Board of Trade of Metropolitan
Montreal.

As part of her social contributions, Marcoux is a member of
the board of the Montreal Museum of Fine Arts and Chair of the Education
Committee of the Museum. She has been actively involved in a number of
fundraising campaigns for organizations like Foundation for the Youth, Montreal Children’s Hospital and the United
Way.

“Isabelle
Marcoux plays a key role in the transformation of Transcontinental,”
stated François Olivier, President and CEO of Transcontinental. “She has
led the growth by acquisitions of Transcontinental in the last decade.
Whether she is formulating innovative business strategies for our
corporation or establishing solid relations with our partners and
customers, she is exceptional for her unwavering commitment to
excellence.”