Edward (Ted) Markle becomes President of TC Media, which employs around 4,000 people and in 2012 generated $712 million in revenues for the Montreal-based TC Transcontinental Corporation, which remains as Canada’s largest printer. 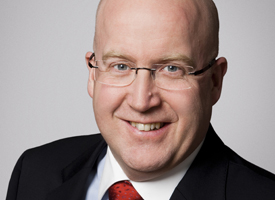 Markle joined Transcontinental in 1999 and since 2011 served as Senior Vice President, Content Solutions, for TC Media. He takes over the presidency of TC Media from François Olivier, who is President and CEO of TC Transcontinental.

“Ted Markle is the right leader to drive TC Media to new heights,” said François Olivier. “A creative and seasoned manager who is great at bringing people together, Ted knows our organization inside out and is completely familiar with the issues in our fast-changing media industry.”

From 1999 to 2004, as VP of Planning, Production and Information technology, Markle led several key  development projects, set up the Shared Production Centre for magazines and oversaw the integration of a large number of acquisitions, including Telemedia’s magazine publishing division. From 2004 to 2011, he piloted strategic partnerships with major publishers in North America that required the investment of more than $500 million.

Markle also led the development of a new Canada-wide hybrid printing platform for The Globe and Mail newspaper, and the outsourced printing of the San Francisco Chronicle newspaper in California.

In addition to TC Media, Transcontinental operates TC Transcontinental Printing, which is Canada’s largest print operation. The entire company has approximately 9,500 employees in Canada and the United States, and reported revenues of $2.1 billion in 2012.