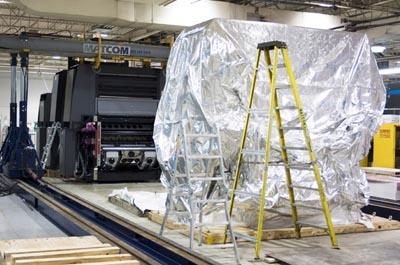 Annan & Bird Lithographers of Mississauga last week took delivery of its new Heidelberg XL 162, which is a 64-inch-wide sheetfed press with the ability to print 15,000 sheets per hour without job interruption.

Annan & Bird first announced its Heidelberg XL 162 purchase, a 6-colour with coater, back in November 2011, as both companies met the previously planned March delivery schedule for the press. Annan employees twice visited Heidelberg’s Hall 11 in Wiesloch, Germany, to test the press before it was shipped to Canada.

“Annan & Bird is excited about the arrival of our new Heidelberg,” said John Bird, President of Annan & Bird. “We are confident that the Speedmaster XL 162 will provide us the ability to produce higher quality work in a shorter amount of time, satisfying our customer’s most demanding deliveries.” 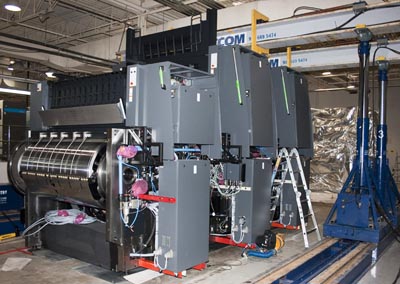 Annan & Bird’s new XL 162 features Heidelberg’s Prinect Inpress Control, which measures colour and register on the fly. The XL 162 also features AutoPlate XL for making plate changes in all units in less than 2 1/2 minutes, as well as simultaneous wash-up of the blanket and impression cylinders, and single-suction belt feeder and central suction tape for more accurate sheet separation. 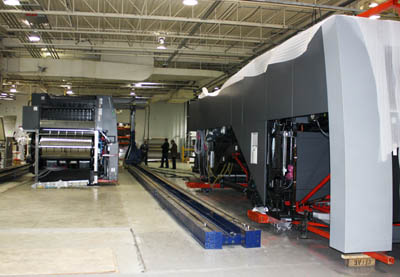 Founded in 1987 by Don Annan and Jack Bird, Annan & Bird made its first significant move into large-format offset production with the 1996 purchase of a 57-inch Mitsubishi press. The company then installed a 78-inch, 7-colour Lithotronic press in 1998, followed by a Valmet sheeter (1999) and a second 57-inch Mitsubishi. In 2003, after moving into a larger facility, Annan & Bird then brought in a 64-inch, 6-colour KBA 162a press, followed by a new 81-inch, 6-colour KBA 205.

In addition to its Annan & Bird operation, recognized as one of the North America’s leaders in the offset production of large-format graphics, Consolidated Graphics has 70 printing businesses located across 27 states, along with a presence in Czech Republic (Prague) and Asia.