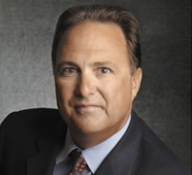 Matthews International Corporation signed a definitive agreement to acquire Schawk Inc., which describes itself as a global brand development, activation and deployment company.

Under the terms of the transaction, SGK stockholders will receive $11.80 cash and 0.20582 shares of Matthews’ common stock for each Schawk (SGK) share held. Based on the closing price of Matthews’ stock on March 14, 2014, the transaction represents a price of $20.00 for each SGK share and a total value of approximately $577 million.

The transaction is expected to close in the quarter ending September 30, 2014, subject to approval by the shareholders of SGK, the receipt of regulatory approvals, and other customary closing conditions.

Members of the Schawk family and various Schawk family trusts, who collectively own
Approximately 61 percent of the common SGK stock, have agreed to vote in favour of the merger.

Matthews International traces its roots back to 1850 when John Matthews began to sell identification products and services. Today, Matthews International is comprised of two business groups, Memorialization and Brand Solutions, and generates approximately US$900 million in revenues. Led by Joseph C. Bartolacci, President and CEO, the company employs around 5,700 people in more than 20 countries on four continents.

Over its 2013 financial year, Schawk, with approximately 3,600 employees in over 20 countries, including a major facility in Mississauga, Ontario, reported sales of US$443 million. The company was founded in 1953 by Clarence Schawk.