Siegfried Tanzer was instrumental in advancing print in Canada 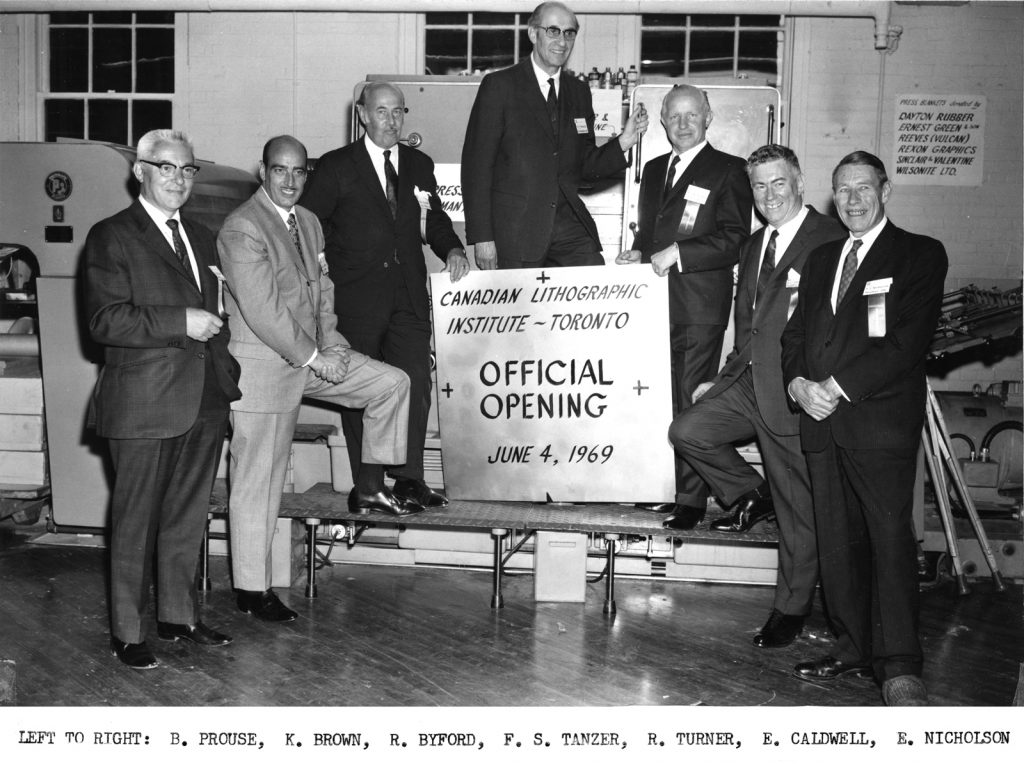 In my previous column, I wrote about Eric Tanzer, and his leadership role in the graphic arts.

Eric had a younger brother. Born in 1913 into a Budapest printing equipment family, Siegfried, who went by “Fred,” Tanzer was seven years younger than Eric. The brothers learned the print trade while selling letterpress platens in their father’s firm.

Fred would soon play a pioneering role in the Canadian Printing scene. He was often the first to import machines never before heard of in the West (e.g. Komori), and go on to develop new markets.

In 1931, Eric immigrated to England just before anti-Semitism rose to the boil. However, Fred stayed on, all the way through the World War II. It is unknown how he and his family managed to evade the Hungarian NKVD and German SS, but somehow, they did. Daily life would have undoubtedly been soul scorching, and it’s possible those turbulent years helped Fred develop strong defences to guard against those who would threaten him or his future. One example was a conversation between Fred and my father, who worked for Fred between 1959 and 1964. Discussing the recent resignation of a key employee at the firm, my father asked Fred if the person could be lured back.

Fred’s response was, “I just tell myself he died, and I cannot bring back the dead.”

Married in 1946, Fred set sail for Israel in 1951. He soon altered course, immigrating to Toronto the same year.

In the 1950s, Canada was a vast open country with sparse population. It embraced largely European immigrants while offering opportunities as boundless as a Saskatchewan sky. Indeed, Fred would devour his chance to build a new life in an industry he knew so well: printing.

Shortly after arrival, he was hired by the British firm, SOAG Canada. SOAG distributed several lines of machinery including the Printomatic stop-cylinder press through their sales office in Toronto. A few years later, around 1955, Fred seized the opportunity to purchase SOAG’s Canadian operation and changed the name to F.S. Tanzer Ltd. 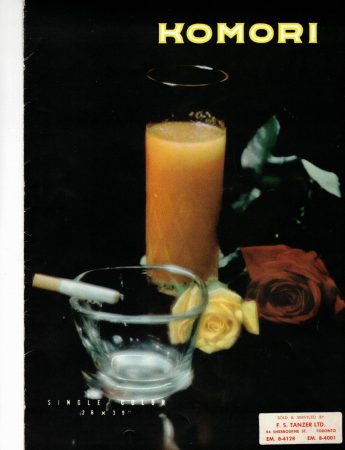 Siegfried Tanzer sold the first Komori press in the West in April 1956.

Almost immediately, Fred introduced Canadians to many new agencies. Some were entering North America for the first time. Among them was Komori Printing Machinery Co. The first Komori press in the West would be sold by Fred when he flew to Japan in April 1956, and secured the sales rights of what was then a two-colour, 39-in. model KW-2. During that same period Fred received the agency for Hans Müller AG of Switzerland (now Müller-Martini). Additionally, Swiss manufacturer ColorMetal and the British firm, Waite & Saville, with the “Falcon,” fell under Fred’s control. Krause-Wohlenberg, the West German builder of diecutting platens and paper cutters, also proved a strong seller.

However, a much bigger fish was ready for netting, and in 1957, the East German combine of Planeta, Brehmer and Perfecta, became available. East German equipment was cheap, and Canadian sales quickly followed. Hostmann-Steinberg inks and other consumables would help round out a sizable stable of offerings by F.S. Tanzer.

Fred later secured the agency for Albert-Frankenthal (now owned by Koenig & Bauer). Albert was well known for stop-cylinder presses, and publication webs in gravure, letterpress and offset. In 1962, one notable Fred sale was to the United Church Publishing House in Toronto. A massive Albert Rotary letterpress web, designed to print books, was installed at their Ryerson Press facility (now home to CITY-TV). The press was a disappointment and not specified for the type of work Ryerson required. Rumours of inducements between seller and buyer clouded the Albert sale, as the press cost $650,000 ($6 million today). In 1971, the Albert was sold for scrap when no takers were found.

The East German Polygraph equipment would turn into a windfall in later years as many sheetfed Planeta presses would find homes, mostly in Ontario and Quebec. PZO-6 and PVO-6 (two- and four-colour) presses popped up in folding-box and commercial establishments. Then in 1965, Planeta built the Variant, a unitized press, which furthered Fred’s penetration into Canadian pressrooms. Planeta’s large-format carton “Variants” were quickly in vogue at many Canadian paper-box plants. Rolph-Clark-Stone Packaging, Toronto Carton and Howell Litho & Cartons were heavy users of the 55-in. models because of the superior design for board printing. Unfortunately, Fred lost control of most of the lines due to poor sales, but the East German equipment remained with him until his death at 68 in 1980.

My father worked for Fred as his salesperson for Quebec until 1964 when we relocated to Toronto. Fred was a taskmaster, and as my father later told me, difficult to work for. In looking back through time, I can see how Fred operated in the background, only embracing the light with an equipment sale that jolted his competition, such as selling two Planeta P-44 Variants to Commercial Printcraft in Woodstock, Ont. This ability to upsell eight printing units to one customer in the early 1970s was remarkable, especially for an unknown brand. The sale kept the competition whispering that it had to be the price when it was just crafty salesmanship.

Working under the radar brought wealth to Fred, who also held an interest in Falcon Knitting Mills, a Toronto knitwear company, through relatives in Europe. In 1969, Fred (loaned) a new two-colour Planeta Variant P-24 press to the Toronto Lithographic Institute.

The differences between Eric and Fred Tanzer are vast but they both had the uncanny ability to find key equipment agencies before anyone else. Manroland, Komori, and Müller-Martini are three such firms that are today respected the world over. In a mid-1950s Canada or USA, you’d be hard-pressed to know these companies. There have never been two brothers, separated by thousands of miles, who have made such an impact.

This article originally appeared in the January/February 2022 issue of PrintAction.