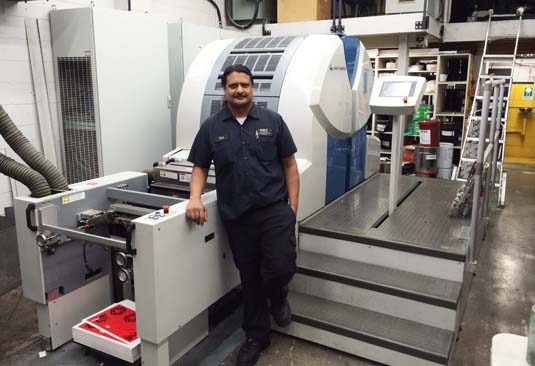 Installed back in November 2013, the unique waterless KBA Genius 52UV press has the capability to print on non-absorbing materials like plastics up to 0.8-mm thick, while also providing product differentiation on more traditional paper substrates.

Designed for running by a single operator, the press features short inking units without the need to adjust ink zones, damping units and roller inking units, which can result in startup with as few as a dozen waste sheets. KBA states the Genius 52UV can complete a plate change within five minutes and reach a run speed of up to 8,000 printed sheets (360 x 520 mm) per hour.

In addition to its Vancouver plant, MET also has a presence in the Calgary, Victoria, Portland, San Francisco, Seattle and Honolulu markets. Founded in 1977, MET today is one of Canada’s only carbon-neutral printing companies, as well as one of North America’s most internationally awarded operations.