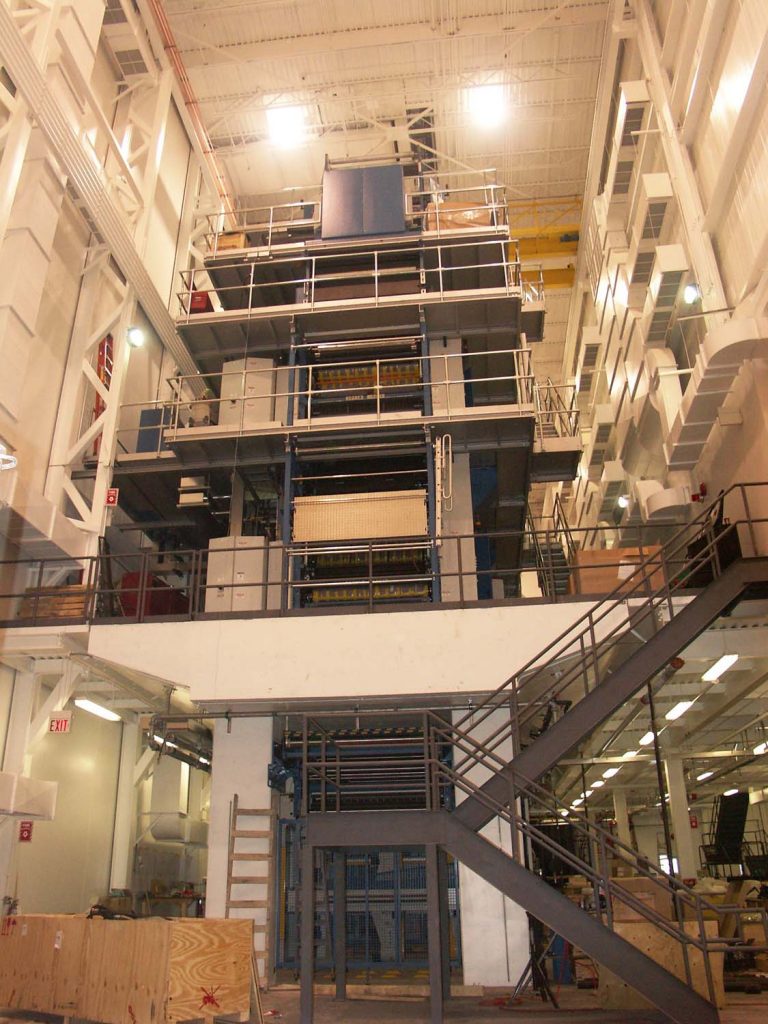 Metroland Media details the ins and outs of manufacturing community newspapers and distributing flyers in Ontario, using a range of tools to measure its market penetration.

Probably Metroland Media, owned by Torstar Corporation, which also owns Canada’s largest daily print newspaper, the Toronto Star, is best known for publishing over 100 community newspapers. Geographically the circulations of these papers span the province of Ontario, from London in the west to Parry Sound in the north to Ottawa in the east, with predictably the densest concentration in the Greater Toronto Area. Most of Metroland’s newspapers are distributed weekly, some twice a week, and two – the Hamilton Spectator and Waterloo Region Record – are dailies. Annually, the company also distributes four billion advertising flyers – partly printed by themselves but mostly printed by others – door to door to households in its newspaper-circulation areas.

This year, in partnership with BrandSpark International, Metroland completed a study of its community news readership, comprising over 13,000 online and telephone surveys of adults in Metroland’s circulation areas. The study shows that 90 percent of respondents use either Metroland’s printed community newspapers or flyers for local news or shopping information.

Metroland’s portfolio
Digulla says, that besides their community newspapers and flyers, Metroland Media is one of the largest direct-mail distributors in Ontario, to the tune of four billion pieces a year that reach about 84 percent of Ontario households each week. In addition to the digital assets associated with its community newspapers, Metroland also operates other major online community news sites that Digulla says are one of its fastest growing businesses, currently experiencing double-digit growth.

The company also publishes printed magazines and organizes experiential consumer marketing shows in such categories as bridal, food and wine, travel and most recently a video-gaming show called EGLX, by far its largest expo, that premiered in Toronto in April.

Digulla explains: “Our biggest assets are WagJag.com, a group-purchase Website where Canadian consumers can buy discounted products and services, and Save.ca, the largest digital flyer and coupon company in Canada. We dabble in other interests, but the ones I’ve mentioned are the biggest buckets.”

Hyperlocal media
Digulla says one of the main reasons behind Metroland’s strength in community newspapers is the company’s longstanding connections to the communities it serves: “Hyperlocal content really matters to the members of a community. Two-thirds of our online traffic comes from search and social media, where we find many people sharing our local content because of its uniqueness. They can’t find it anywhere else.

“Our staff who produce the community newspapers live in those communities, so we know the people intimately, what topics interest them, what causes a stir, and whom to call for the inside story. These relationships give us the right balance between the ability to act locally and be part of the community versus the large scale of a big company that enables us to do our job efficiently.”

Zavarise explains: “To maximize efficiencies across our entire platform, Torstar Printing Group operates as a network of printing plants and has downsized or consolidated plants as needed. In the last three years we have closed three plants.” In July 2016, this included Metroland’s Vaughan plant with printing of the Toronto Star outsourced to TC Transcontinental.

Zavarise lists the six plants Torstar Printing Group currently operates across Ontario, all with mainly cold-set web newspaper-printing capabilities: Ranked by number of staff, the largest is the Hamilton Spectator plant (in Hamilton), where they print Metroland’s two dailies on three large double-width Goss presses and perform offline packaging work for the Toronto Star. Besides printing and distributing its own properties, Torstar also prints and/or distributes newspapers published by competitors; for example, just recently it signed a contract to print Postmedia’s London Free Press (published six days a week) in Hamilton starting in October.

Torstar’s second-largest and most modern plant, located on Tempo Avenue in Toronto, is equipped with a KBA Colora press and two lines of community-style single-width presses. Largely the Tempo plant prints bigger community newspapers, and also Metro Toronto, the free daily owned by Metroland’s sister corporation Star Media Group, also a subsidiary of Torstar. Zavarise says the Tempo plant’s production consists of about 85 percent work for their own or affiliated companies and 15 percent general commercial work for third parties.

“At Tempo we are just starting up a new, relatively small heat-set single web installation – our first foray into this type of equipment after many years. Its purpose is to print small to medium runs of flyers and other marketing materials, which we see as an opportunity to grow our already strong relationships with many flyer advertisers by offering them more services,” explains Zavarise.

Commercial third-party printing
Zavarise explains: “Our jobs for Metroland and Torstar are a captive business. Generally they are fairly routine and fall into the same slots each week. But our commercial printing is more opportunistic, and we’re always glad to take on more commercial work.” He adds that the schedule at each of Torstar’s six plants is overseen internally by each location’s operations manager, but when major changes are requested by publishers and third-party commercial customers, a central planning team figures out where they can best schedule the work to ensure efficiencies and that customer requirements can be consistently met.

Since the busiest production days tend to be Tuesdays, Wednesday and Thursdays for community newspapers and Mondays and Fridays for flyers, he says commercial work is often scheduled in between these crunch times to maximize use of resources. “And if necessary, we also maintain relationships with other companies who can do our overflow printing.”

Zavarise continues: “In the last three months, we started Metrolandprinting.com, a do-it-yourself Web storefront offering our advertisers and other clients and the general public the ability to order a large gamut of printed products from us directly online. This portal was the brainchild of Nathan Matheson [Director of Business Development and Administration for Metroland Media and Torstar Printing Group], who thought, that instead of just selling what our plants can do, we should facilitate all forms of printing for our customers. This strategy enables us to build on our existing relationships and make things easier for our clients by offering them one-stop shopping.” The Website’s current online offerings include business cards, stationery, postcards, brochures, door hangers, greeting cards, tear cards, tent cards, magnets, labels and large-format signs.

Flyer fine points
Zavarise explains: “Our distribution business is a very solid, reliable process, audited by the Flyer Distribution Standards Association. It is a sophisticated operation involving not a few guys in a back room, but hundreds of people working in massive facilities of 10,000 to 80,000 square feet with one to four inserting machines. Across our footprint, we operate 14 such large regional distribution centres, most with machine-inserting capabilities.”

He says all their distribution facilities share a common software management system to track the week’s flyer placements and delivery destinations. This system records which zones each flyer needs to reach and downloads the information to the inserting machines at each facility. Each facility waits for the printing plants to deliver the week’s flyers before they can start building packages. Typically they start on Friday for a Thursday delivery and work around the clock and through the weekend, depending on the size of the packages to be assembled for individual homes. For one community newspaper, a typical package can contain 30 or 40 different flyers, says Zavarise. Once packaging is completed, contractors transport the bundles of flyers to carriers’ homes along with the printed newspaper for their community. Usually a Metroland newspaper and one or more packages of flyers are delivered separately to each carrier, who assembles them into a single package and delivers it door to door.

“Occasionally we use Canada Post, but in many markets we still distribute flyers in packages via youth carriers, each delivering to as few as 50 or 60 households,” Zavarise continues. “That’s where the complexity lies. Advertisers can narrowly target where their flyer lands. We can help them determine which zones have the right demographics to match their target market.”

Digulla comments: “No one else in Ontario is large enough to afford or warrant the type of work we do for major clients in targeting flyers to specific locations based on point-of-service customer data collected by the clients. Our team includes a specialist with a Masters degree in Geographical Information Systems who can calculate very narrowly targeted deliveries to as few as, say, 60 homes based on factors such as demographics, income, purchasing behaviour, lifestyle, or psychological profile.”

Zavarise says that advertisers often use this targeting service on simpler terms by choosing to distribute their flyer to one specific portion of a community rather than the community as a whole: “For example, although a big grocery store chain might want their flyer to reach every household, a small laundromat might only want their flyer to go to the 1,000 homes located closest to the laundromat. We have the capability of doing that.

“And if 20 other types of businesses are doing the same thing,” adds Zavarise, “an individual carrier might end up with a unique set of flyers that is quite different from the package delivered by the carrier on the next block.”

Future Geo-demographics
In the next three to five years, Digulla expects to see much more interest and business activity from clients based on point-of-service data and geo-demographics. She also anticipates that Metroland will be doing more to expand and leverage its growing digital properties.

Both Digulla and Zavarise say, that although in general the Canadian newspaper business is being severely challenged by the movement of advertising dollars from print to digital media, Metroland’s study indicates consumers’ receptiveness to printed community newspapers and printed flyers delivered door to door remains high. Consequently, they feel optimistic about Metroland’s ability to continue attracting advertisers to sustain these businesses into the future.

Additionally, Zavarise predicts, that although at present, relatively speaking, they do not print a lot of variable data for their flyer advertisers, the demand for this service may grow in the future. For example, right now they print and circulate multiple versions of Niagara This Week in six different zones. Some content is common to all six, but other content is limited to certain zones. Similarly, Digulla says a grocer who has great take-up on particular products in a specific area may customize their flyer for that specific area and request a special drop.

In the future, advertisers may start exploiting these types of possibilities more often. “It all depends on them,” says Zavarise. “We’ll stay open to whatever they need.”