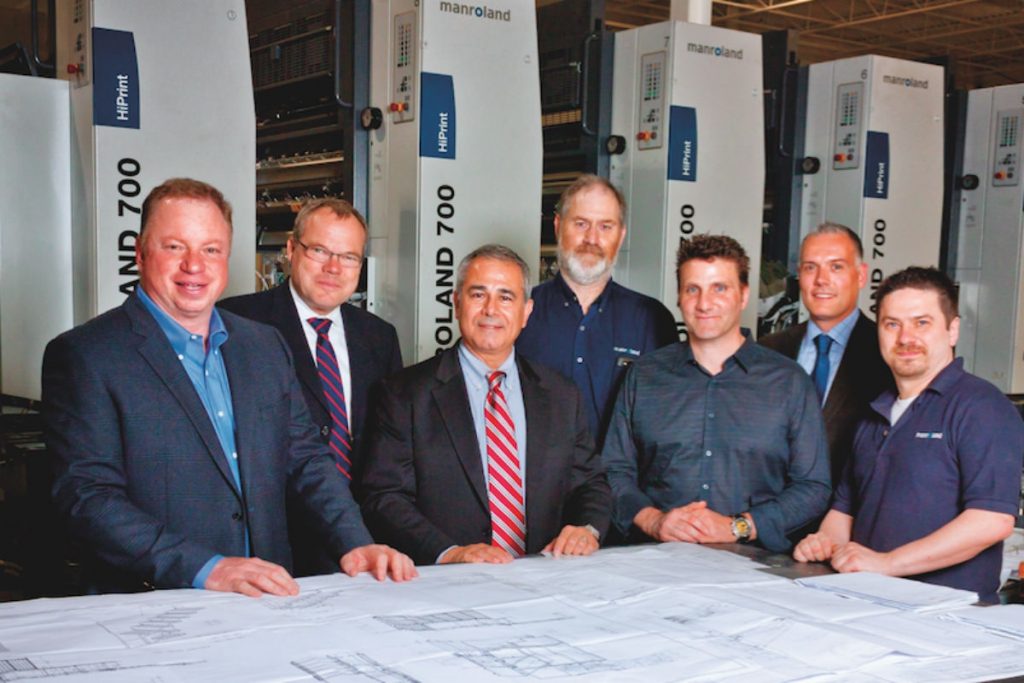 Michael Mugavero, one of North America’s most influential technology leaders for more than three decades, passed away on October 19 at age 63 after a battle with cancer. Mugavero was serving as Chief Executive Officer of Manroland Sheetfed USA and Canada.

Mugavero, over a printing career that spanned 47 years, had worked for the German press maker for more than 20 years in various roles, becoming CEO of Manroland Sheetfed’s North American operations in April 2012. “Michael had spent 22 years in the printing industry prior to joining manroland in 1992 and brings not only an understanding but an empathy for the challenges printers face,” said Gina Gigliozzi of manroland’s Canadian operation at the time of Mugavero’s CEO appointment. “Over the years, Michael has always been very supportive of the Canadian Graphics community. He understands and appreciates the various nuances of doing business in Canada. We believe, under Michael’s leadership, both our customers and manroland will exceed business objectives and expectations.”

Mugavero began his graphic communications career in 1970, working part-time for a commercial printer while attending college. Fifteen years later, he was named President of the company, where he stayed for two and a half years, before taking an ownership position with a trade shop.

Three years later, in 1992, after the trade shop was purchased, Mugavero joined German press maker manroland as one of its North American sales representatives. By 1999, he was named the first regional General Manager of manroland Inc., responsible for the Northeast United States and Canada. He eventually worked for another press manufacturer for three years, before rejoining manroland in 2007. Prior to becoming CEO in 2012, Mugavero had been serving as manroland’s Vice President of Sales, Canada and Eastern United States.

A statement from Manroland about Mugavero’s passing reads: “Michael was a larger than life figure who was always the man in charge, always the one with the best advice, always the first to offer help and al-ways encouraging everyone he met to love fearlessly. He personified that expression in every sense, from how he selflessly catered to his family and those less fortunate than him, to how he managed his business. He was passionate and persistent in everything he did and never let fear get in the way of principle or of doing what was right.”