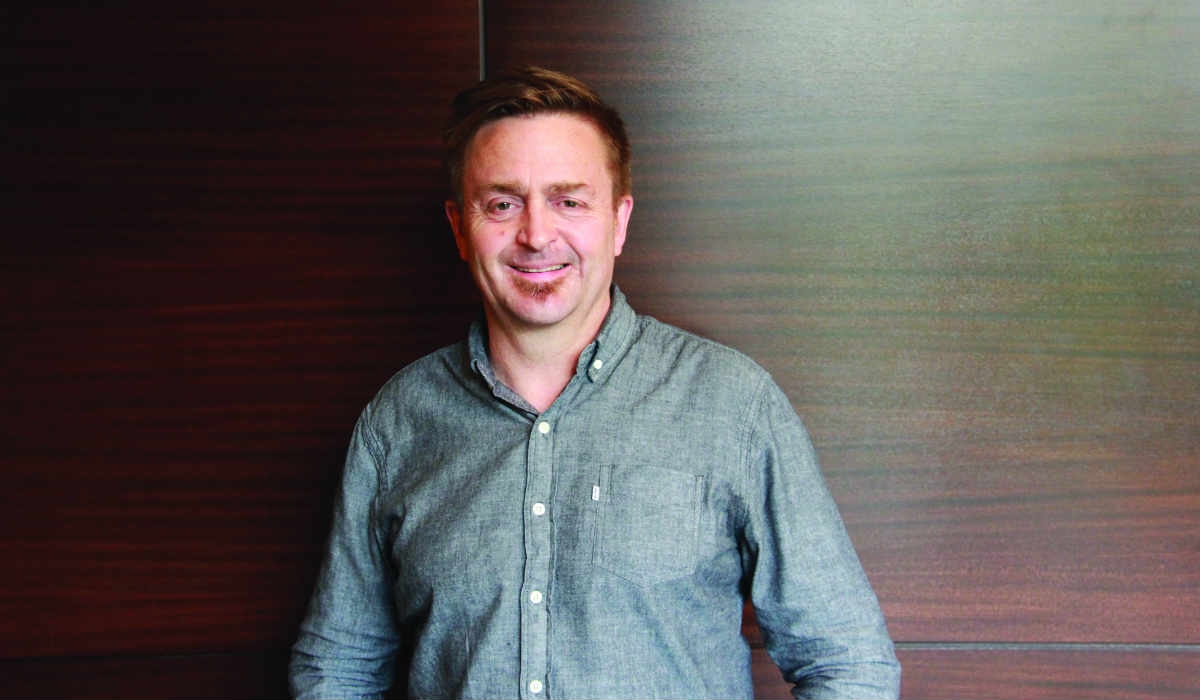 Scott Gray joined Mitchell Press in mid-2017 to help the historic web offset facility move toward digital printing, as the company installed a new Kodak NexPress ZX3300. Led by its third generation of family ownership, Mitchell Press, based in Burnaby, British Columbia, operates out of a 64,000-square-foot facility as the largest commercial heatset web printer in Western Canada and the Pacific Northwest, outputting an average of more than two billion printed pages per year for a range of clients.

PrintAction spoke with Gray, Vice President of Sales and Marketing, about the transformation of what has been a quiet Canadian printing power.

Why does Mitchell have a unique market position?
SG: I have only been here about a month now but I’ve always known Mitchell to be one of Canada’s leading high-quality heatset operations. The have a 16-page configuration, two full-size webs, 4/4, 5/5, and the 4/4 has a coater as well. They have been going after high-end publication work for the last, I will call it, 88 years.

They started out as a financial printer. Nine years ago was a big moment for them when they sold their old factory, which was actually an old cookie factory, kind of a disjointed building. They created a new purpose-built facility and then put in a brand new Komori 1000 at the time and that was basically setting them off on a brand new foot. The building is really large, with lots of room to move into.

At that time, there wasn’t a lot of competition in the Vancouver market. There was Teldon, which five years ago Mitchell ended up buying and they absorbed the cream of the crop of the staff and brought some of the presses over. And then just kept pushing in that direction.

They outlasted all of their competition, but the web market is reducing a little bit. Run lengths are getting a little bit smaller and these guys are really looking forward to what is the future of the company and they are not afraid to spend a little bit of money to do that.

Where is Mitchell investing for the future?
SG: They want to go in a completely new digital direction with the size of the company and they have other expansion plans down the road that we will reveal a little bit later. But immediately they have now built probably one of the coolest digital rooms that I have ever seen.

The prepress workflow is getting so buttoned down with these guys. They are doing a turnaround of 25,000 on web magazines in 24 to 48 hours. The are so slick from that point of view and so we want to take that mentality and put it into the digital world. So they have installed a Kodak NexPress ZX3300, a beautiful machine with amazing capabilities – oversized sheet, it does metallic gold, opaque whites, dimensional, and I think next quarter we are getting into the heavyweight substrate expansion kit so we will go up to 530 gsm. For digital it has a lot of horsepower.

How difficult will it be for a web offset shop to go digital?
SG: We are getting competitive at 3,000 runs on the web with how fast these guys are making ready and turning around jobs so it is not much of stretch of the imagination to [produce] a couple thousand digital. Now maybe the gap is a thousand copies between digital and web.

We can do advanced copies for our clients to go around and pitch advertising. They can check out new artwork. They can do variable data image covers and that is just strictly on the publication side, not to mention the extra at least 30 percent of possible business opportunity that rests with existing clients that we are not even touching.

What is your initial push at Mitchell?
SG: Right now it is digital… One of the reasons they brought me on is that I have a lot of experience with digital – digital storefronts. I am leading the sales team. I am not here to retrain anyone because they are all very seasoned. They know what they are doing, but I want to show them new opportunities and I can kind of lead by example with the digital stuff because I have of a lot of experience with it.

I have already brought in a few very cool, very high-level design projects that really push the limitations of the machines and it has knocked it out. So everybody has kind of caught a buzz on it and now they are looking to their existing client base.

How important are online storefronts for print?
SG: I think it is huge. I honestly think that is the future of print. We will be pushing that very quickly. We are going live with our Monarch update in a month and we are already putting together our storefront team and I believe that is going to be the next part of it. We will be doing both offset and digital through it.

I personally think it is the future of print. If the industry in five years is not doing 30, 40 percent of our work through storefronts then I will give my head a shake.

What are you most excited about by joining Mitchell?
SG: To me it is the ability to help rewrite an almost 90-year-old story. They have been very quiet and I can reintroduce them to design community. They have been really focused on the publication community and we have so much to offer for what people need, but they do not know who we are here.

I just really want to shine a light on Mitchell and give them the attention that they deserve. I am really excited about the growth potential and the fact that they have embraced this change.