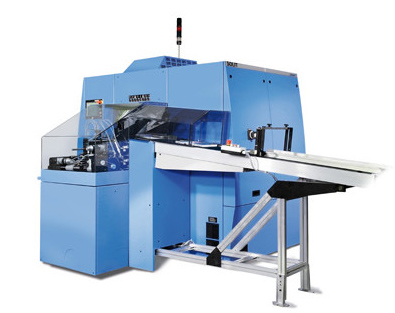 The Solit trimmer features what Muller Martini refers to as a 3-minute make-ready, which is a process based on the company’s existing Orbit trimmer platform. Muller Martini also describes the Solit trimmers as providing complete automation from the book infeed to the trimming centre, including the pressing plates and knife cassettes without the use of tools.

Solit also features Muller Martini’s patented SmartPress, which again is technology previously used in the Orbit trimmer. SmartPress is described as a gentle, controlled pressing procedure in which the air between the sheets of paper can fully escape from the product. The company states this is designed to eliminate chipping and spine wrinkling for high-quality trimming.

Reaching speeds of up to 4,500 cycles per hour, the Solit trimmer is based on a servo-controlled axis and a single-piece machine frame. It accounts for an 85-mm trim thickness capacity.