Multi Bookbinding of Shawinigan, Quebec, recently held a celebration to mark the company’s 25th year in operation. The event, held at La Cité Énergie de Shawinigan, was attended by dozens of past and present employees. 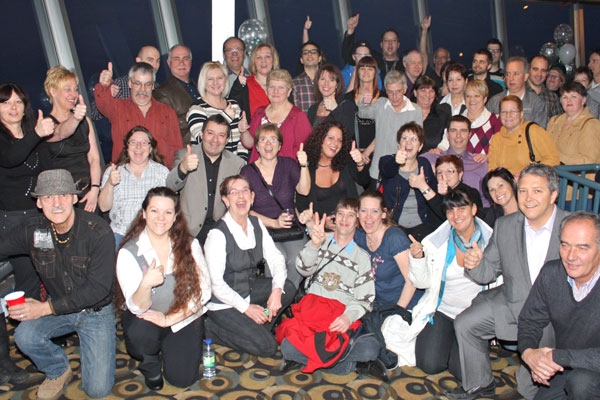 Multi Bookbinding (or Multi-Reliure in French) was founded in Suzanne Ferron in 1988. The company was purchased in 2007 by the partnership of Yvon Sauvageau, Louis Barbibeau and Patrick Paquet (son of Ferron). The company, which resides in a 56,000-square-foot facility, is known for being one of the largest case binderies in the country and also as a large producer of perfect binding, creating more than five million books a year.

Below are some photos from the event.