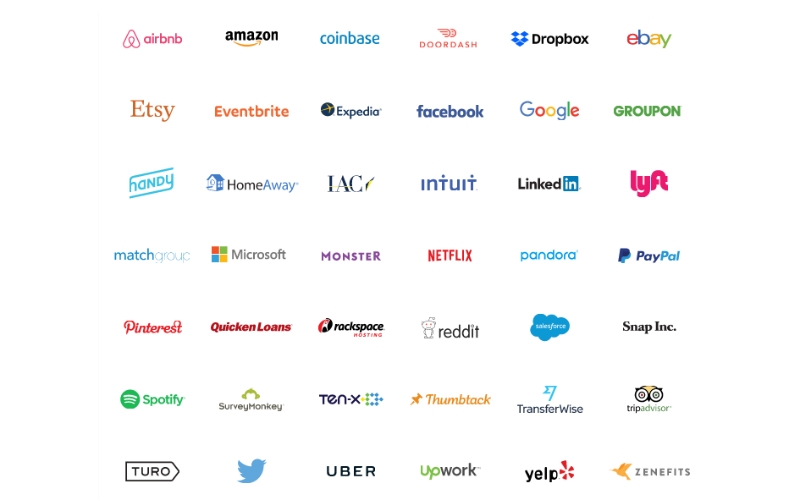 Some of the member companies of the U.S. based Internet Association, which estimates the Internet economy represents six percent of U.S. GDP or US$1 trillion.

The Federal Communications Commission in the United States on Thursday voted 3-2 to repeal rules aimed at protecting net neutrality. Brought into effect in 2015 by the Obama administration, these net neutrality rules mean Internet Service Providers cannot deliberately speed up or slow down Internet traffic from specific Websites or apps, including favouring their own content or the content of providers willing and able to pay for superior access.

The potential loss of net neutrality, which will surely be fought in U.S. courts or through legislative measures in the U.S. Congress, creates the possibility of an Internet economy powered by the business elite. The shift in policy led by the Republican-driven FCC, allowing ISPs to influence content online, can have a major impact on innovation, corporate growth and individual prosperity.

The Internet sector, according to the Internet Association, represents an estimated six percent of U.S. GDP, totaling nearly US$1 trillion and accounts for more than 10.4 million American jobs – 86 percent of which are outside major tech hubs.

The following reactions of technology giants and political figures based on Thursday’s vote to repeal net neutrality were collected from multiple sources, including CNN.com, Theverge.com, Deadline.com, Foxnews.com, Businessinsider.com, Independent.co.uk and Engaget.com, as well as direct emails to Manufacturing AUTOMATION and corporate websites.

For a take on how net neutrality relates to the historic influence of print read PrintAction‘s December 2017 editorial, Net and Print Neutrality.

Google Corporate Statement, via Twitter: “We remain committed to the net neutrality policies that enjoy overwhelming public support, have been approved by the courts, and are working well for every part of the internet economy. We will work with other net neutrality supporters large and small to promote strong, enforceable protections.”

Werner Vogels, Chief Technology Officer, Amazon, via Twitter: “I am extremely disappointed in the FCC decision to remove the #NetNeutrality protections. We’ll continue to work with our peers, partners and customers to find ways to ensure an open and fair internet that can continue to drive massive innovation.”

Stuart Carlaw, Chief Research Officer, ABI Research, via email to Manufaturing AUTOMATION: “The repeal of the net neutrality legislation will enable the communications industry to work within the bounds of a more natural market condition.  It will allow those companies that are burdened with the massive expense of rolling out new networks to support 5G (both fixed and wireless) and IoT solutions to be able to generate sufficient revenues to justify investment.  If anything, this legislative move will likely provide the much-needed boost to timelines for more meaningful technological deployments that will enable companies to transform digitally and allow consumers to benefit from technology driven improvements in service from multiple industry segments based on best of breed communications.”

Sheryl Sandberg, Chief Operating Officer, Facebook, via Facebook: “Today’s decision from the Federal Communications Commission to end net neutrality is disappointing and harmful. An open internet is critical for new ideas and economic opportunity — and internet providers shouldn’t be able to decide what people can see online or charge more for certain websites. We’re ready to work with members of Congress and others to help make the internet free and open for everyone.”

Netflix Corporate Statement, via Twitter: “We’re disappointed in the decision to gut #NetNeutrality protections that ushered in an unprecedented era of innovation, creativity & civic engagement. This is the beginning of a longer legal battle. Netflix stands w/ innovators, large & small, to oppose this misguided FCC order.”

Alexis Ohanian, Co-Founder, Reddit via Twitter: “We cannot let this happen to our internet in the US. We must keep fighting for #NetNeutrality.”

Vimeo Corporate Statement, via Twitter: “It’s disheartening that the #FCC chose to ignore the public and approve a policy that benefits the few and powerful at the expense of creators, and the stories they work to tell. We look forward to challenging this misguided decision in court. #NetNeutrality.”

AT&T Corporate Statement, via Twitter: “We do not block websites, nor censor online content, nor throttle or degrade traffic based on the content, nor unfairly discriminate in our treatment of internet traffic. These principles, which were laid out in the FCC’s 2010 Open Internet Order and fully supported by AT&T, are clearly articulated on our website and are fully enforceable against us. In short, the internet will continue to work tomorrow just as it always has.”

Twitter Corporate Statement, via Twitter: “The @FCC’s vote to gut #NetNeutrality rules is a body blow to innovation and free expression. We will continue our fight to defend the open Internet and reverse this misguided decision.”

Cory Booker, U.S. Democratic Senator, via Twitter: “This is an outrageous assault on a fair and open internet. Mark my words, this decision will not last! We will reverse it by winning future elections.”

Ted Cruz, U.S. Republican Senator, via Twitter: “I commend @AjitPaiFCC & the FCC for repealing these oppressive Obama-era regulations and restoring freedom to the internet. The message for gov regulators & Congress should be simple- the internet should be free of taxation, censorship, & regulation.”

Bernie Sanders, U.S. Democratic Senator, via Twitter: “This is the end of the internet as we know it. In Congress and in the courts we must fight back. #NetNeutrality.”

ACLU Statement, via Twitter: “BREAKING: The FCC just voted to dismantle #netneutrality. This represents a radical departure that risks erosion of the biggest free speech platform the world has ever known.”

Brian Chesky, Cofounder and CEO, Airbnb, via Twitter: “The FCC’s vote to repeal net neutrality is wrong & disappointing. A free & open internet is critical to innovation, an open society, & widespread access to economic empowerment. @Airbnb will continue to speak out for net neutrality.”

Mozilla Corporate Statement, via Twitter: “[Mozilla is] incredibly disappointed that the FCC voted this morning – along partisan lines – to remove protections for the open internet.”

Electronic Frontier Foundation, via Twitter: “The FCC’s decision to abandon its traditional role in protecting an open and free Internet will go down as one of the biggest mistakes in Internet policy history. We will fight in the courts, in the states, and in Congress to restore #NetNeutrality.”

Michael Beckerman, President and CEO of Internet Association, via Internetassociation.org: “The internet industry opposes Chairman Pai’s repeal of the 2015 Open Internet Order. Today’s vote represents a departure from more than a decade of broad, bipartisan consensus on the rules governing the internet. Relying on ISPs to live up to their own ‘promises’ is not net neutrality and is bad for consumers.

“Let’s remember why we have these rules in the first place. There is little competition in the broadband service market — more than half of all Americans have no choice in their provider — so consumers will be forced to accept ISP interference in their online experience. This is in stark contrast to the websites and apps that make up Internet Association, where competition is a click away and switching costs are low.

“The fight isn’t over. Internet Association is currently weighing our legal options in a lawsuit against today’s Order, and remains open to Congress enshrining strong, enforceable net neutrality protections into law.”