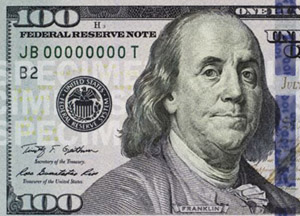 Thirteen suspected members of a money-counterfeiting ring being run out of New Jersey and Israeli printing facilities have been indicted following a series of arrests in May and June.

The country’s Justice Department described the group, which allegedly had been producing fake $100 bills since 1999, as one of the most sophisticated and prolific counterfeiting rings in U.S. history.

The bills, according to a Bloomberg report, were primarily produced in Israel but some were made in a New Jersey printing facility. The Justice Department explains the New Jersey plant was established in January of this year. Two offset presses were seized, along with $2.5 million in currency.

The 13 alleged counterfeiters were indicted in early August by a Federal grand jury in Virgina on racketeering and related charges.