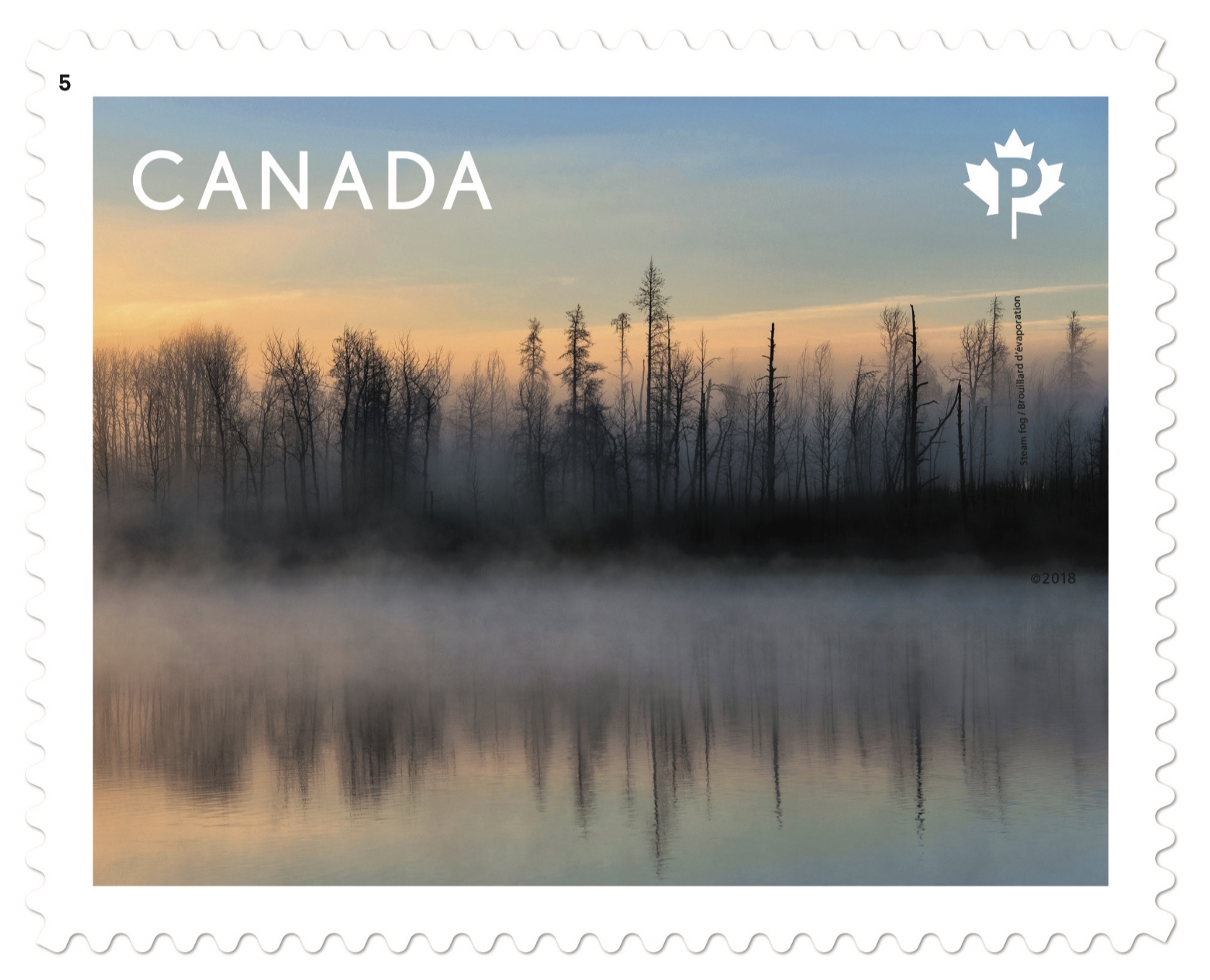 The beauty of Canadian nature takes centre stage in a newly released Canada Post’s stamp issue. Weather Wonders Part 2 is a five-stamp issue that showcases some of Canada’s most awe-inspiring weather phenomena in photographs taken from across the country.

Taken in Jasper National Park in Alberta, Marilyn Dunstan’s photo showcases lenticular clouds (stamp 1), which are sometimes called UFO clouds due to their disc-like shape. Meanwhile, Garry M. Cass photographed a waterspout over Lake Ontario near Toronto, Ont. (stamp 2). The swirling funnel of water is often described as being as dangerous as land-based twisters.

A striking photograph of light pillars (stamp 3) reflecting the city lights of North Bay, Ont., is captured by Timmy Joe Elzinga. These light pillars can appear when ice crystals in the air reflect light drawn from artificial sources. When posted online, the images went viral, drawing worldwide attention, Canada Post explains. Stamp 4 shows a moon halo in Whistler, B.C. Shot by David McColm, the weather phenomenon is the result of airborne ice crystals refracting the moonlight on a chilly night.

Mark Newman’s photograph of a thick layer of steam fog over an unidentified British Columbia lake (stamp 5) was taken just as an icy wind caused humid air to condense over the warmer surface. Featured on the cover of the booklet of 10 stamps, his steam fog shot captures a dramatic, moody scene.

The souvenir sheet and Official First Day Cover include all five weather-themed stamps designed by Parcel Design of Toronto, Ont.