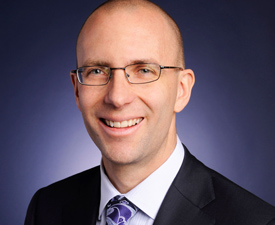 Shay Code becomes the Vice President and General Manager, Western Market Centre, for Xerox Canada. Prior to this appointment, he was VP of Business Development for Xerox Global Services in Canada. In his previous VP role, Code was responsible for the company’s largest outsourcing deals, most notably in the higher education market.

Code joined Xerox Canada in 1995 and has held a variety of leadership positions inside the Xerox Global Services division, including General Manager of Western Canada from 2005 to 2009. Prior to his tenure at Xerox, Code was VP of Sales for Documax Enterprises, the largest FileNet integrator in Canada.

“Western Canada has always been a source of consistent, steady growth for Xerox,” said Kevin Warren, President and CEO, Xerox Canada. “Shay’s breadth of experience, extensive knowledge of the marketplace and history of successful relationship building in this region make him an ideal leader for this important geographical division of our business.”

In his new role, Code, who is based in Calgary, is responsible for leading the organization’s sales activities throughout Alberta, Saskatchewan and the Northwest Territories. He is responsible for overall strategic direction, sales coverage, marketing and customer support programs.

Code holds a business degree from the University of Saskatchewan.