News People
Orbach to Lead IT at Heidelberg 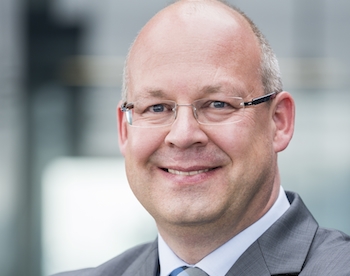 Orbach began his career in 1992 as a project manager at Alcatel SEL AG in Stuttgart, Germany. In 1999, after working as a consultant, he was put in charge of process optimization and application engineering for branches of Deutsche Post AG.

In mid-2000, Orbach joined IBM Global Business Services where he was responsible for IT service and consulting for consumer goods customers in Western and Eastern Europe. In 2007, he was given overall responsibility for the company’s ERP (enterprise resource planning) system operations that catered to larger medium-sized businesses in Germany.

Orback has served as the head of IT at Carl Zeiss AG in Oberkochen, Germany, since 2008. In his role there as CIO, he has been in charge of global IT, process management, in-house consulting, and the group management system.

At Heidelberg, Orbach will be responsible for global IT operations and some 300 employees. His future tasks will include overseeing ongoing optimization in IT and business process structures based on the company’s new business alignment.

Orbach completed his studies in geophysics in Hamburg, Germany, and Sydney, Australia.