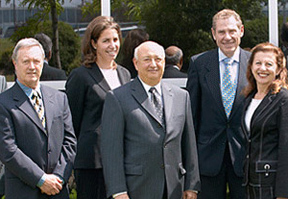 ”Based on our knowledge, the new PACsecure standards are the most comprehensive food safety standards for packaging materials in the world,” said James Downham, President and CEO of The Packaging Association (PAC). “They have already been approved by the Food Safety Alliance for Packaging, representing most of the major food producers in North America. In addition, we have requests for them from organizations and government agencies from around the world.”

Atlantic Packaging expects to achieve further PAC-based certification at a number of its other plants later this year. The company has 15 North American locations, primarily in Ontario and Quebec, with four U.S. plants: Cleveland, Detroit, Chicago and Buffalo.

Founded by Abraham Granovsky and Phil Granovsky in 1945, Atlantic Packaging and its more than 2,500 employees are led by President John Cherry and Chairman Irving Granovsky.