Features Design Premedia
Pantone Reveals its Color of the Year 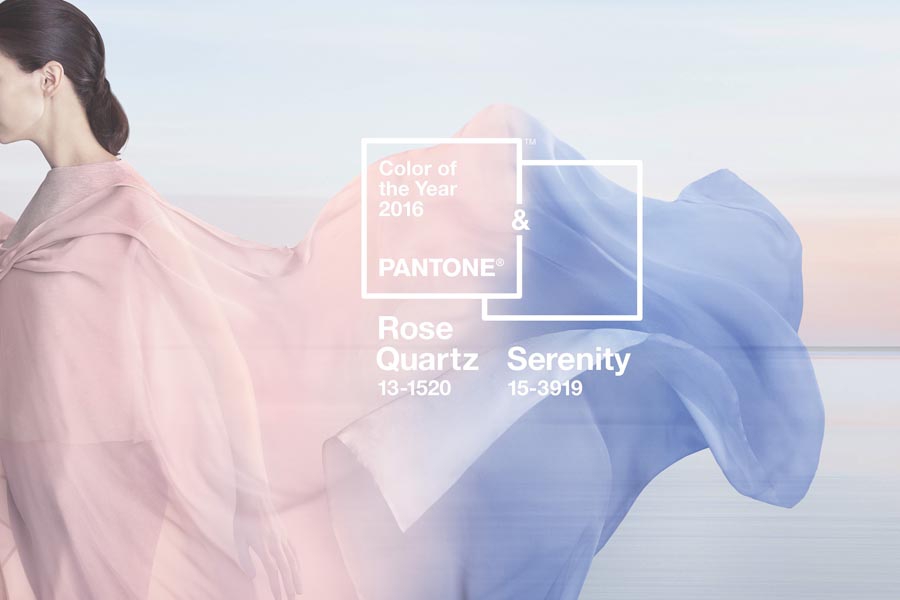 Pantone’s colour of the year for the first time blends two shades.

Pantone, a subsidiary of X-Rite, announced its traditional colour of the year, which, for the first time, includes the blending of two shades, Serenity and Rose Quartz. The company explains its decision was based on today’s consumers who seek mindfulness and well-being as an antidote to the stress of modern day lives.

Pantone continues to explain: “Weightless and airy, like the expanse of the blue sky above us, Serenity (PANTONE 15-3919) comforts with a calming effect, bringing feelings of respite and relaxation even in turbulent times. Rose Quartz (PANTONE 13-1520) is a persuasive yet gentle tone that conveys compassion and a sense of composure.

Pantone states the prevalent combination of Serenity and Rose Quartz also challenges some more traditional perceptions around colour association. “In many parts of the world we are experiencing a gender blur as it relates to fashion, which has in turn impacted colour trends throughout all other areas of design,” said Eiseman. “This more unilateral approach to colour is coinciding with societal movements toward gender equality and fluidity, the consumers’ increased comfort with using colour as a form of expression which includes a generation that has less concern about being typecast or judged, and an open exchange of digital information that has opened our eyes to different approaches to colour usage.”

Serenity and Rose Quartz, explains Pantone, are also a popular choice for jewelry and fashion accessories, including handbags, hats, footwear and wearable technology. The company states it is also an ideal choice for rugs and upholstery, working well in paint and for decorative accessories.

For 16 years, Pantone’s Color of the Year has influenced product development and purchasing decisions in multiple industries, including fashion, home furnishings and industrial design, as well as product packaging and graphic design. Past selections for Color of the Year include: