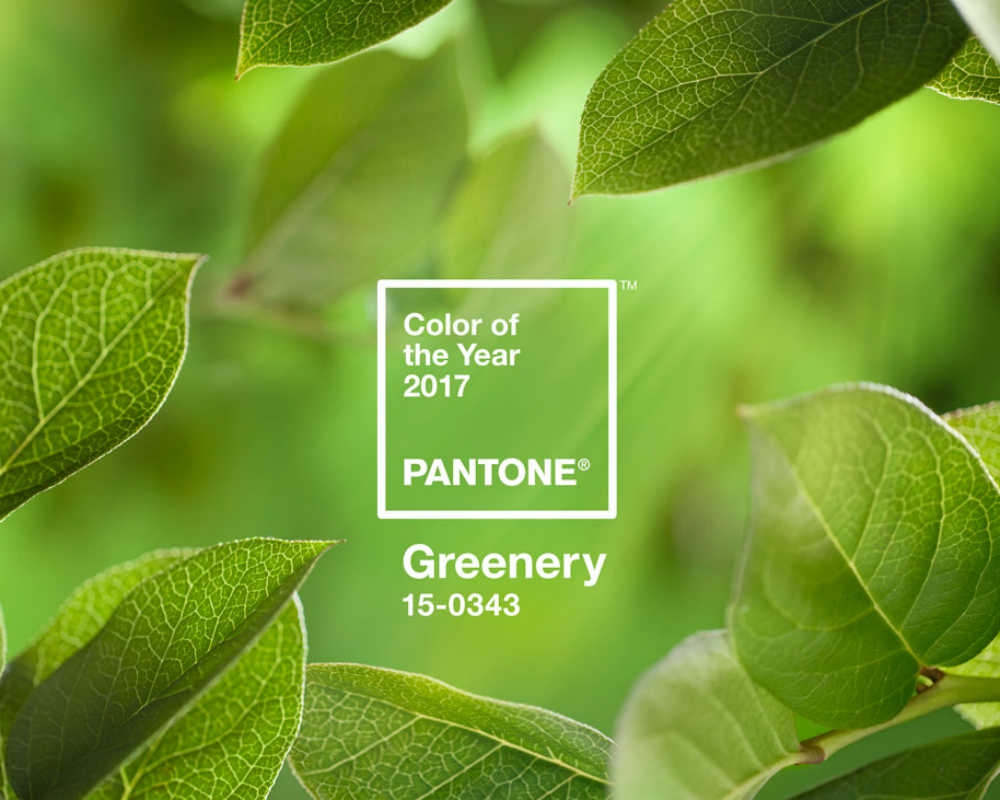 Pantone, an X-Rite company, unveiled PANTONE 15-0343 Greenery as its Color of the Year selection for 2017. The company describes Greenery as “a fresh and zesty yellow-green shade that evokes the first days of spring when nature’s greens revive, restore and renew. Illustrative of flourishing foliage and the lushness of the great outdoors, the fortifying attributes of Greenery signals individuals to take a deep breath, oxygenate and reinvigorate.”

The Color of the Year selection is determined at the Pantone Color Institute from where Pantone’s colour experts search around world looking for new colour influences. For 17 years, Pantone’s Color of the Year has influenced product development and purchasing decisions in multiple industries, including fashion, home furnishings and industrial design, as well as product packaging and graphic design.

“While Serenity and Rose Quartz, the PANTONE Color of the Year 2016, expressed the need for harmony in a chaotic world,” said Leatrice Eiseman, Executive Director of the Pantone Color Institute, “Greenery bursts forth in 2017 to provide us with the hope we collectively yearn for amid a complex social and political landscape. Satisfying our growing desire to rejuvenate, revitalize and unite, Greenery symbolizes the reconnection we seek with nature, one another and a larger purpose.”

Pantone continues to explain Greenery brings a natural connection to people’s daily lives through urban planning, architecture, lifestyle and design choices globally – “it is an omnipresent hue around the world.” Often associated with environmentalism and nature, Pantone continues to explain Greenery is also a unifying thread in tech and innovation because of its association with boldness, vigor and modernity.

“The tangy yellow-green speaks to our desire to express, explore, experiment and reinvent, imparting a sense of buoyancy,” said Eiseman. “Through its reassuring yet assertive vibrancy, Greenery offers us self-assurance and boldness to live life on our own terms, during a time when we are redefining what makes us successful and happy.”

Past selections for Color of the Year include: