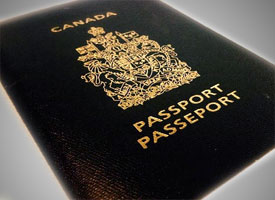 The production of Canadian passport covers will now be based in Europe after Columbia Finishing Mills of Cornwall, Ontario, lost the contract to Ottawa’s Canadian Bank Note.

The subcontracting of the production was revealed by Columbia Finishing Mills, which also claims the covers have been subcontracted to a Dutch firm with a fabric mill in the Czech Republic.

As is common with most security printing contracts, no official details about where or how the new ePassports would be produced have been released.