Warren Werbitt, CEO and founder of Pazazz Printing, last week submitted a Notice of Intention with Bankruptcy Canada, which means the Montreal company intends to submit a proposal for restructuring under the Companies’ Creditors Arrangement Act. 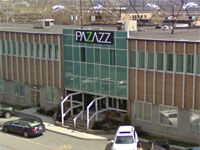 A Notice of Intention document is filed with the Official Receiver as the first step under the Companies’ Creditors Arrangement Act (CCAA). In a telephone conversation with PrintAction, Werbitt states that he plans to restructure Pazazz Printing through the CCAA process.

”Moving forward, I have every intention of maintaining the same level of integrity and respect that I have had for this industry over the past 18 years,” says Werbitt, “And for all of the employees, clients and suppliers who have supported Pazazz. I am taking the bull by the horns and I am not turning away.”

In late 2007, Werbitt became a beacon for the future of Canadian printing, after producing a YouTube video called Printing’s Alive. He used this attention to support the strategic efforts of associations like the NAPL and the CPIA’s scholarship trust fund. Werbitt continued to say that several industry members and suppliers have shown tremendous support for Pazazz when he notified them about the filing last week.

While many printing companies have suffered over the past year and a half of economic turmoil, Pazazz’ situation was amplified based on several large capital investments and commitments made just prior to the Wall Street meltdown. An October 2008 press release issued by the company, describes how Pazazz had invested $7 million over the past few years, which included moving into a new 65,000-square-foot facility and purchasing a 56-inch, 6-colour KBA press. In September 2009, Pazazz also installed a new Xerox iGen4 press to bolster its toner-based production.