Pazazz Printing CEO Warren Werbitt published the following open letter regarding the current state of his company. Pazazz filed for restructuring in March. 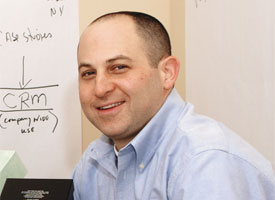 On Monday March 1, 2010 Pazazz Printing filed an NOI (CCAA) to preserve and maximize the value of the business. Over a 51 day period Pazazz Printing made a proposal to its creditors and suppliers and negotiated an agreeable restructuring plan. On Tuesday April 20, 2010 our proposal to the creditors was accepted!

I am writing this letter to explain what I have experienced. It’s been a long nine weeks and we can finally move forward.

For me personally, it has been a mentally and morally difficult experience.  After 18 years of working to build Pazazz Printing and its team I suddenly thought the world caved in. We had just finished a major expansion in late 2008 and I was feeling on top of the world. Who could have anticipated what was coming in 2009?

2009 brought the recession and absolute panic. The business world changed and the brakes were put on. Businesses stopped spending and people were laid off out of fear. This resulted in a chain reaction, causing other businesses difficult times. Banks got nervous and credit became scarce. Businesses were burdened and forced to act as banks for their clients. The pressure on the system was unbearable and Pazazz Printing got caught in the loop.

What I learned from this challenge is what goes around comes around. Everyone you pass on the way up you pass on the way down. If you always treat people with respect and dignity then they will treat you the same in return. I have been overwhelmed with support. What I realized is that I have connected with so many people over the years, that Pazazz Printing is well positioned in the industry and that the company has a solid reputation.

When I knew we had no choice but to file the NOI, I spoke with every employee, called most of our suppliers and as many clients as I possibly could. My hands shook every time I picked up the phone. Once they answered and I forced the words out of my mouth, most people’s reactions were supportive – they were truly sorry to hear about our situation. Most suppliers offered their help in many ways, except credit (of course which I expected). Not one supplier stopped selling to us. When suppliers picked up remaining consignment goods they were surprised to see everything accounted for. What we had not used was returned.  I was told that often everything disappears.

The last nine weeks has been a tremendous wakeup call. Pazazz Printing is not playing games. It was always our intention to stay in business, grow our business and continue servicing our clients.

Pazazz Printing has not laid off any employees. We have always run lean and everyone is committed to help the company succeed. I firmly believe that with the encouragement and cooperation of our dedicated team, loyal clients and committed suppliers Pazazz Printing will persist and become a better and stronger company.

I would like to thank everyone for their continued support and business.