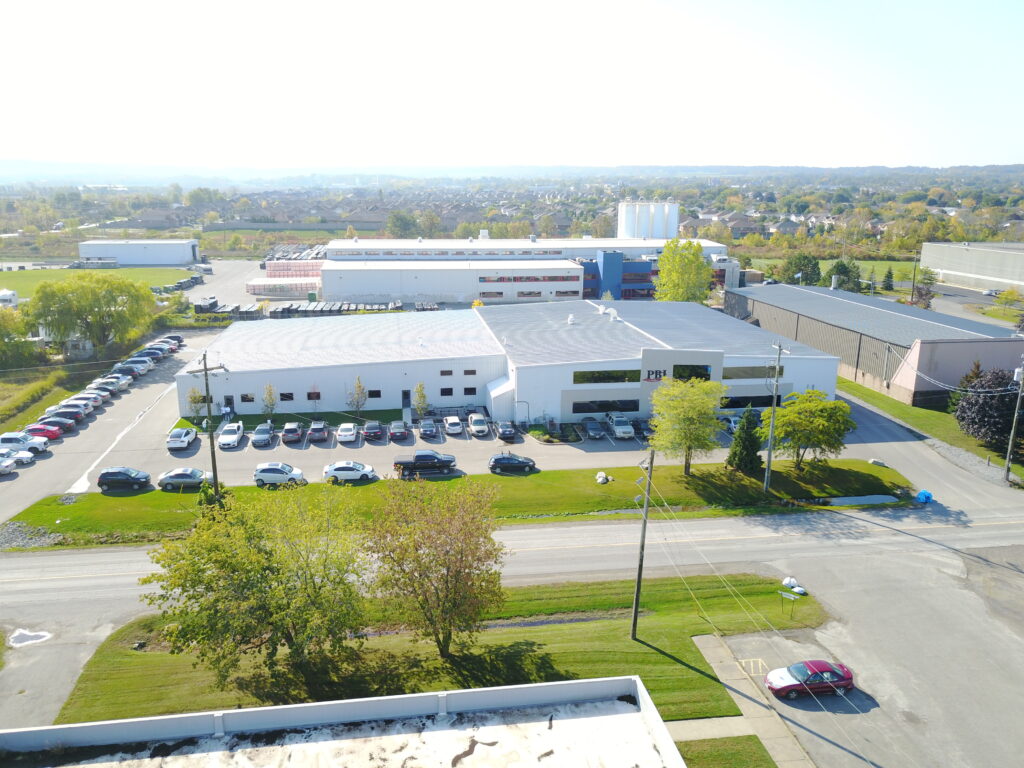 From declining orders to heavy competition, the challenges plaguing the commercial print industry are well known, and PBI hasn’t been immune to them. However, Larose refused to sell the company.

With an automotive industry background and experience in direct mail and marketing services, Larose began his career as a print broker 18 years ago. He hired his first designer within nine months of starting the brokerage because he was “tired of waiting for design time.” At that time, he still outsourced the printing work, but managed distribution through Canada Post.

Sales grew, prompting Larose to hire another designer, move into a bigger office and buy a couple of small Canon copiers to do little postcard runs in-house. Thirteen years ago, Larose’s company began full production work with a seven-member team and a 20-year-old Heidelberg Press. Eleven years ago, PBI set up its headquarters in Beamsville, where they’re currently located. The peak year for PBI was 2015-16 when it generated $16 million in revenue.

“We expanded our building, bought the Heidelberg XL-106 eight-colour press with coater, their flagship press at that time, as well as packaging equipment to do direct mail and diecut pieces,” explains 47-year-old Larose.

As is the case with majority of commercial printers, 70 per cent of PBI’s revenue at that time came from one client. Over the last seven years, orders from that client declined due to a shift in their business priorities. This affected PBI’s bottom line significantly.

Larose began thinking of new business opportunities. Packaging seemed appropriate, as he already had the equipment and staff. Also, the commercial print space was becoming hyper competitive. The pandemic accelerated this shift—April-May 2020 was devastating for PBI, as the company’s revenues were down 80 per cent year over year from 2019. At that point, Larose decided to focus on the packaging market.

This was also the time when Larose was approached with acquisition offers, which he wasn’t prepared to explore. Larose was open to partnerships, though. A short meeting with Misale convinced Larose that they both had the same priorities and interests. Soon, a partnership agreement was signed, and Misale joined the PBI family in October 2021.

“Ralph is a family man with the same long-term vision and goals as I. We’re very much on the same page when it comes to recognizing opportunities and short- and long-term goals. It’s a great fit. I wasn’t looking for a paycheck to help me get through tough times. I wanted someone who can help me grow the business. With his experience, I felt comfortable that he could bring value and help do some of the heavy lifting,” says Larose. 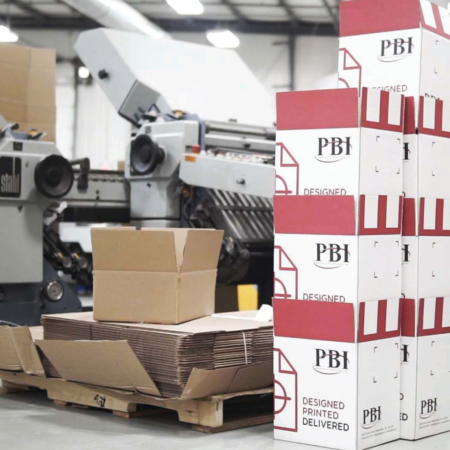 Printing By Innovation is now focusing on small to medium-sized packaging runs.

In 1995, Misale did a summer job at HP Graphics, a large-format printer at that time in Burlington, Ont. He didn’t think it was possible, but Misale got hooked to the printing business. From sweeping the floor to working on the press, Misale has done it all. The 51-year-old worked his way up from being a press feeder, running production, and general manager to eventually purchasing the company, Eclipse Imaging, in 2010 with a partner.

“We had massive challenges and sleepless nights. We struggled to make payroll at one point, but we had a great team behind us. We dug our heels in and inched the company forward a little bit at a time. We took the company from almost closing its doors to becoming profitable,” recounts Misale.

In 2017, the company was acquired by Data Communications Management. Misale worked with them for four years. At one time, he was the company’s chief operating officer. However, the corporate structure disappointed Misale, who eventually left the company.

PBI with its family-like work culture impressed Misale. The fact that Larose and he had the same interests and business priorities made the partnership an easy decision for Misale.

“You must have a certain mindset and an iron gut to be an owner in this industry. Len and I have gone through so much and know what it takes to run a printing company. We have put our necks on the line and are doing it again because we believe in our people and what we are doing. This is a family business with a great team that will help us grow into new markets,” shares Misale.

Both Larose and Misale are very clear on how they want to take the business forward. They’re focusing on small to medium-sized packaging runs. Larose acknowledges some medium-sized runs are significant too unlike commercial print jobs.

The strategy seems to be paying off. This year, PBI estimates to earn $10 million, a 25 per cent jump from 2021, but this required some additional investments by Larose and Misale.

Apart from the global supply chain crisis, the most challenging aspect of PBI’s transition to packaging has been workflow, as it’s very different from the commercial print space.

“When growing into new markets, we must change our mindset and learn what is required to service these markets. When you enter new markets, having a great group of committed people who can roll up their sleeves and dig in is not enough. Proper procedures and processes need to be in place to ensure the clients’ needs are fully met,” says Misale.

Larose advises companies looking to get into packaging to determine “one or two sectors that they see a need in and remain committed to that. Don’t try take anything that comes at you. Get good at one or two things and focus on that,” he said. “You have to be able to shift and believe in the opportunity.”

I’ve often wondered the meaning of “back to normal.” After living nearly three years in a pandemic world, I’m convinced that some things like work situations have changed for the long term. Larose agrees. “If anyone is thinking they’re just going to wait it out for another few months when it’ll be back to normal, that’s not the case. In my mind, it’ll never be back to normal. It will get much better, but I think it’ll be forever changed. This is not a one and done situation. This is going to change the market. I haven’t heard specifically of people building or closing yet, but I do believe that will continue to happen,” he says.

Misale stressed on the importance of constantly reinventing oneself. “If you don’t see, ‘What can I do differently? Where can I explore?’ you’re going to fall behind in any business. You constantly need to be shifting and reinventing yourself or you will get left behind,” concludes Misale.

An edited version of this article originally appeared in the July/August 2022 issue of PrintAction.