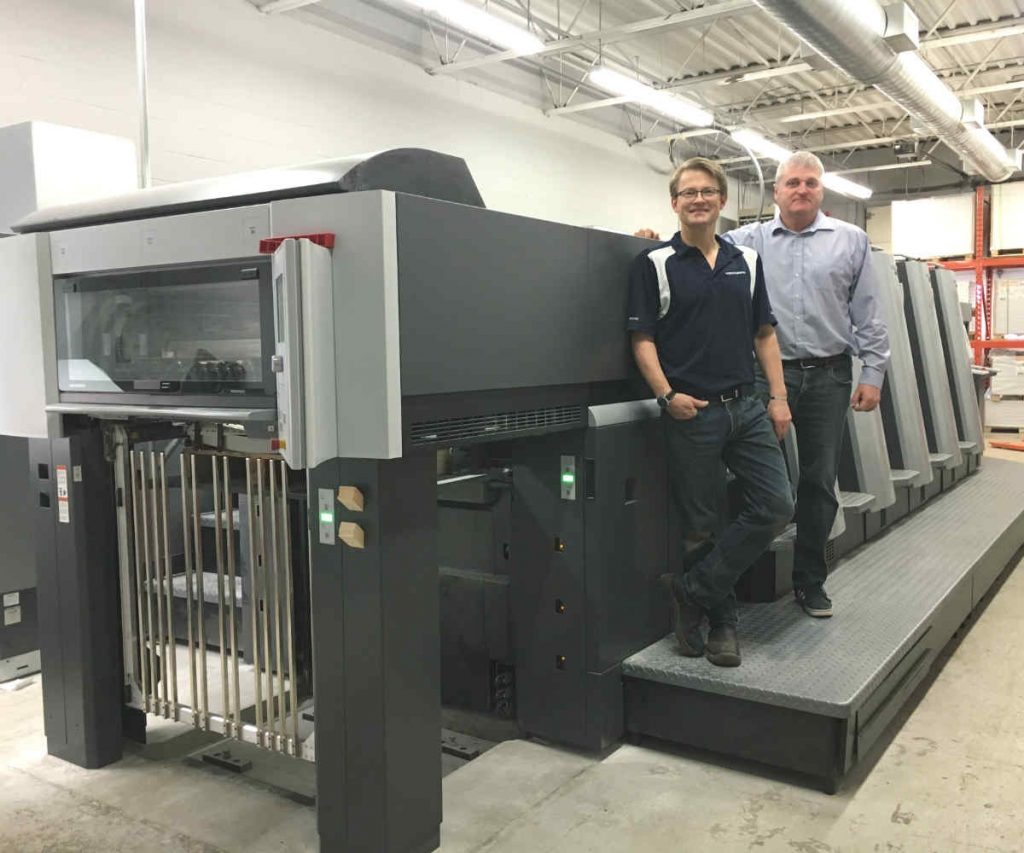 Pinnacle Litho of Stoney Creek, Ontario, has installed a Heidelberg Speedmaster XL-75-4+L press. The commercial printing operation was founded in 1996 by Chris Fillingham, who previously worked in print shops in the Hamilton region before opening his own shop.

Pinnacle Litho began as a prepress services house featuring scanning and proofing services, as Fillingham over time purposely evolved his company into a full-service shop. “Our first printing machine was a QMDI. From there, we added folding, cutting and complete workflow,” he explains. In 2002, ready to enter the midsize offset market, Pinnacle upgraded to a 4-colour Heidelberg Printmaster 74 press.

The company’s new Heidelberg Speedmaster XL-75 represents another stage in its evolution, as Pinnacle’s market position now requires a press that can provide flexibility and fast turnarounds. “There is a lot of print here in the region, but in many cases, I simply wasn’t competitive enough with my current equipment to win those jobs,” said Fillingham. “So for months I tested how many of those jobs I could win if I could reduce make-ready time and improve my turn-around time. Soon a new business plan came together”

Fillingham explains his goal to continue the growth of Pinnacle required the support of a 4-colour press with advanced job-change technology. “While speed is nice, mine is a short-run market. Make-ready is where it is at.”

To this end, Fillingham automated the Speedmaster XL-75-4+L press to the highest level possible to significantly reduce make-ready times. This press can output a new job of 1,000 sheets in a third of the time of his previous press. It is integrated with AutoPlate Pro (fully automated plate changing), Inpress Control (inline colour and register without interruption), Press Center with Intellistart operating system (capable of job change without interruption), and an Anilox Coating system for instantly dry sheets. “The automation we have now is what the industry demands. You can’t compete without it,” said Fillingham.

Fillingham is the driving force behind Pinnacle sales: “Filling a void in the region and focused on the trade element of the market. Customer’s with smaller projects often need support and want input. The larger job providers are difficult to talk with to directly, and that is where we come in. “I am expecting to be able to double my sales this year,” said Fillingham, “based only on work I have had to turn away. That is the goal.”