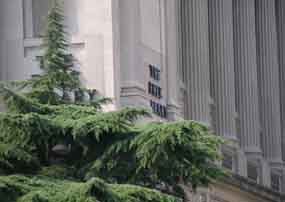 With the local legislature’s decision to cut funds, citizens of Philadelphia will be unable to borrow a book from a city-run, public library after September 30, if the current plan stays the course.

A message explaining the situation to library customers, with some 1.4-mllion people living in the city’s core, explains, “We deeply regret to inform you that without the necessary budgetary legislation by the State Legislature in Harrisburg, the City of Philadelphia will not have the funds to operate our neighbourhood branch libraries, regional libraries, or the Parkway Central Library after October 2, 2009.”

The city’s public library system, currently referred to as The Free Library of Philadelphia, was started in 1731 by Benjamin Franklin and some of his colleagues. It was the first public circulating library in the United States.

According to the Free Library statement, closure of Philadelphia’s flagship Parkway Central Library, opened in 1926, will also result in the cancellation of all associated children programs, programs to support small businesses and job seekers, computer classes and after-school programs. In addition, the library system will no longer visit schools, daycare centres, and senior centres, among other community outreach programs.

The library system is asking for all books to be returned by October 1, 2009 – “Even as we remain hopeful that the State Legislature will act and pass the enabling funding legislation, we wanted to notify all of our customers of this very possible outcome.”