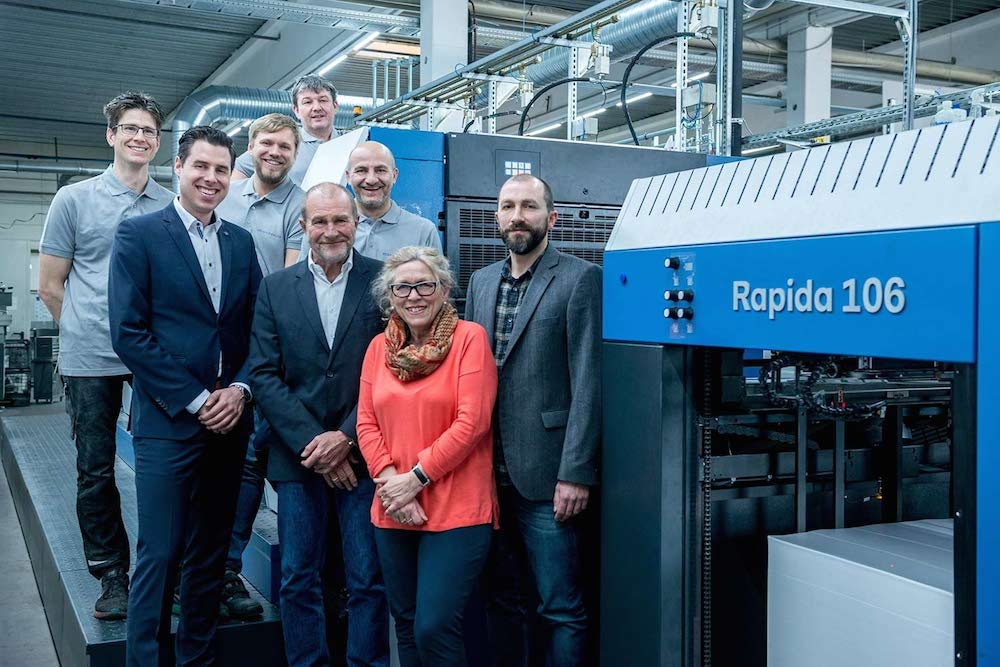 A new Rapida 106 has been in operation at PMS Offsetdruck in Wendelstein near Nürnberg, Germany, since the beginning of March. The five-colour coater press is the company’s first machine from Koenig & Bauer. Apart from the usual criteria such as production speed, job changeovers and quality, Koenig & Bauer explains PMS based its purchase decision on the ability of the new press to die-cut complicated forms inline. This requires fast conversion of the coater between die-cutting and coating setups.

Forty percent of the company’s jobs involve die-cutting, while 60 percent are coated. PMS explains it was also enticed by the press’ Drive-Tronic SIS sidelay-free infeed.

The company now operates a two-shift system, dropping a third or weekend shifts because of the new press. Job turnaround is also accelerated to the benefit of the customers. PMS explains the delivery time for 21,000 perfect-bound brochures, with over 400 pages of content and a cellophane cover, is less than a week. PMS has also invested in a new trimming line (Polar 137 XT Autotrim) and an MBO T800 folder with fully automatic Palamides delivery system.