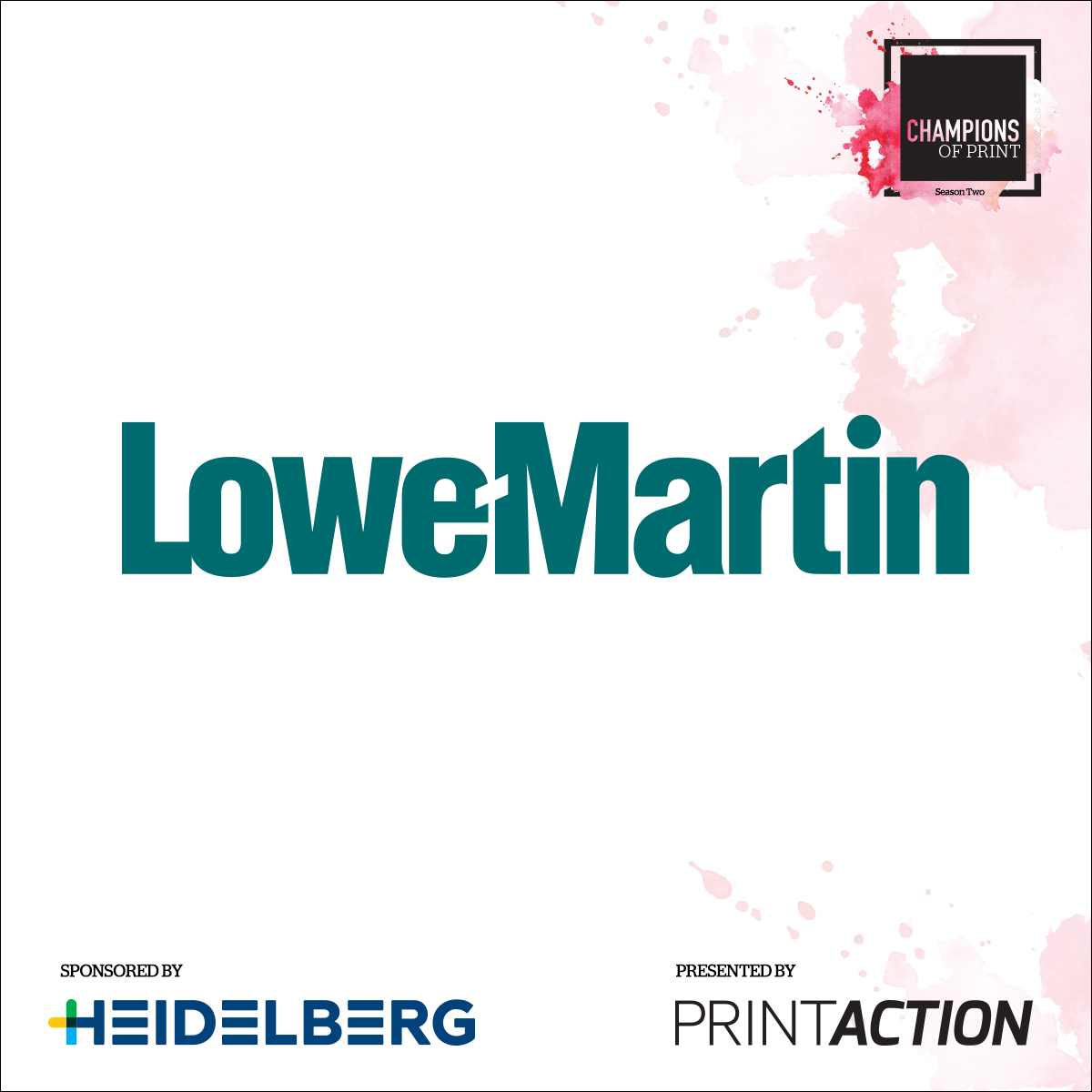 In the second edition of Champions of Print podcast series, we speak to some of the companies that won the 15th Canadian Printing Awards.

In the fourth and final episode, Nithya Caleb, editor of PrintAction, speaks to Ward Griffin, president and CEO of Lowe-Martin.

Lowe-Martin was the first Canadian printing company to become EcoLogo certified in offset and digital imaging. In 2003, it was one of the first printing companies to earn an FSC certification. In 2011, it became the first carbon-neutral printer in Ontario.

Lowe-Martin is continuing to move toward its goal of becoming a digital, zero-waste production platform. We at PrintAction are delighted to recognize Lowe-Martin as the Most Environmentally Progressive Company of 2021.

Listen to the episode below!

This podcast series is also available on Apple Podcasts, Spotify, Google Podcasts or any other podcast app that you use.