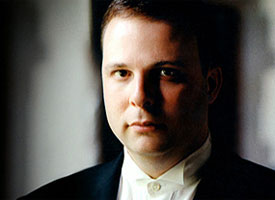 A former Toronto printer has once again been arrested and accused of being behind a multi-million-dollar fraud scheme stretching back six years.
The Globe and Mail reports that Tzvi Erez, 44, now faces 10 charges of fraud, with total losses of around $9 million. According to Toronto police, new information has come to light which led to these new charges.
Erez, owner of E Graphix Ltd., was brought up on similar fraud charges in 2009, that time accused of bilking investors of over $27 million, mostly from Toronto’s Jewish community. The Crown prosecuting the case dropped the charges in November of last year because of insufficient resources to proceed with the complex case.
Erez was accused of creating a ponzi scheme which promised large returns from lucrative brokering of large print jobs for blue-chip clients he did not have. Investors were promised 30 percent per annum on delivery. Erez then went on to use the money to recruit new investors and to fuel his gambling habits.

A story by investigative journalist Nicholas Stein can be found here.