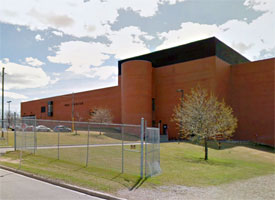 The Postmedia Network Corporation has announced it will sell two of its real estate holdings, responsible for the production of three of its newspapers: the Calgary Herald, the Vancouver Province and Vancouver Sun.
The company will sell its Kennedy Heights printing facility in Surrey, BC, and the Calgary Herald building in Calgary in order to pay down debt.  The Calgary Herald will be produced at TC Transcontinental beginning in November 2013. The company says it has invited union representatives in Vancouver to look at alternatives in producing the Vancouver papers.
According to a report by the CBC, one option for Vancouver is the opening of a new plant, but only if costs can be cut upwards of 70 to 75 percent. Otherwise, the papers produced at Kennedy Heights would also be outsourced to Transcontinental.
Postmedia Network announced last August the closure of its Eastgate plant in Edmonton, which produces the Edmonton Journal. That move eliminated 70 positions, with printing outsourced to nearby Great West newspapers.
In July, when it announced its quarterly results, the company posted a $112.2 million loss, primarily due to a non-cash impairment charge of $93.9 million. Print circulation revenue decreased 7.2 percent in the company’s first nine financial months while print advertising revenue decreased 12.7 percent.
Print this page