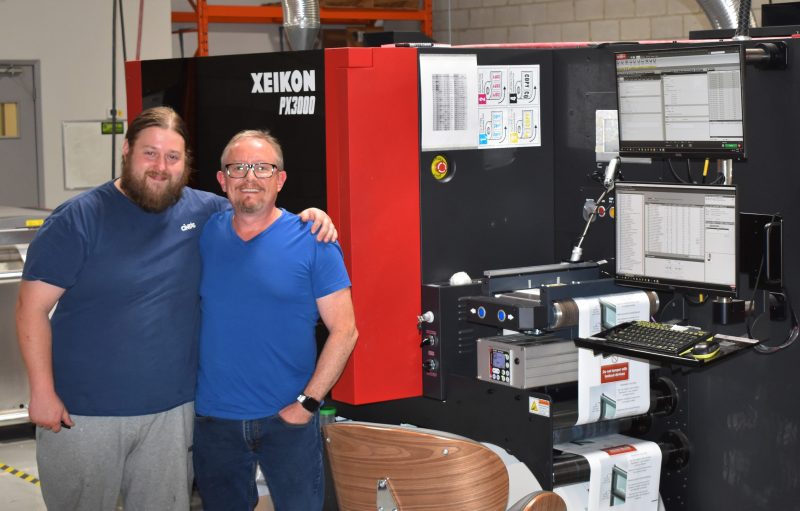 Launched in 2008 with a low-volume tabletop label printer for short run labels of up to 500 pieces, Premier Markings invested in a Xeikon 3030 in 2013, followed shortly by a second Xeikon 3030. Eventually, one of the 3030s was replaced with a Xeikon 3300 to essentially double its capacity.

In January 2020, after considering purchasing an inkjet press for two years, Premier Markings invested in a Xeikon PX3000 UV inkjet to replace the remaining Xeikon 3030.

“It was a tough decision to choose what type of inkjet press to go for as there are alternatives to the Panther (PX3000) from Xeikon. Eventually, an impressive demo at the Xeikon Chicago Innovation Center as well as knowing the certainty of having the very reliable Xeikon team at hand made the difference, and we opted for the Xeikon PX3000,” said Premier Markings’ founder, Gary Moody. “Furthermore, the fact that the PX3000 uses the Xeikon X-800 as digital front-end was a big factor too. It is an invaluable tool in our business to make the most of digital printing and the fact that all our presses are driven by that same front-end is a big advantage. So today Premier Markings is running a Xeikon 3300 and a Xeikon PX 3000.”