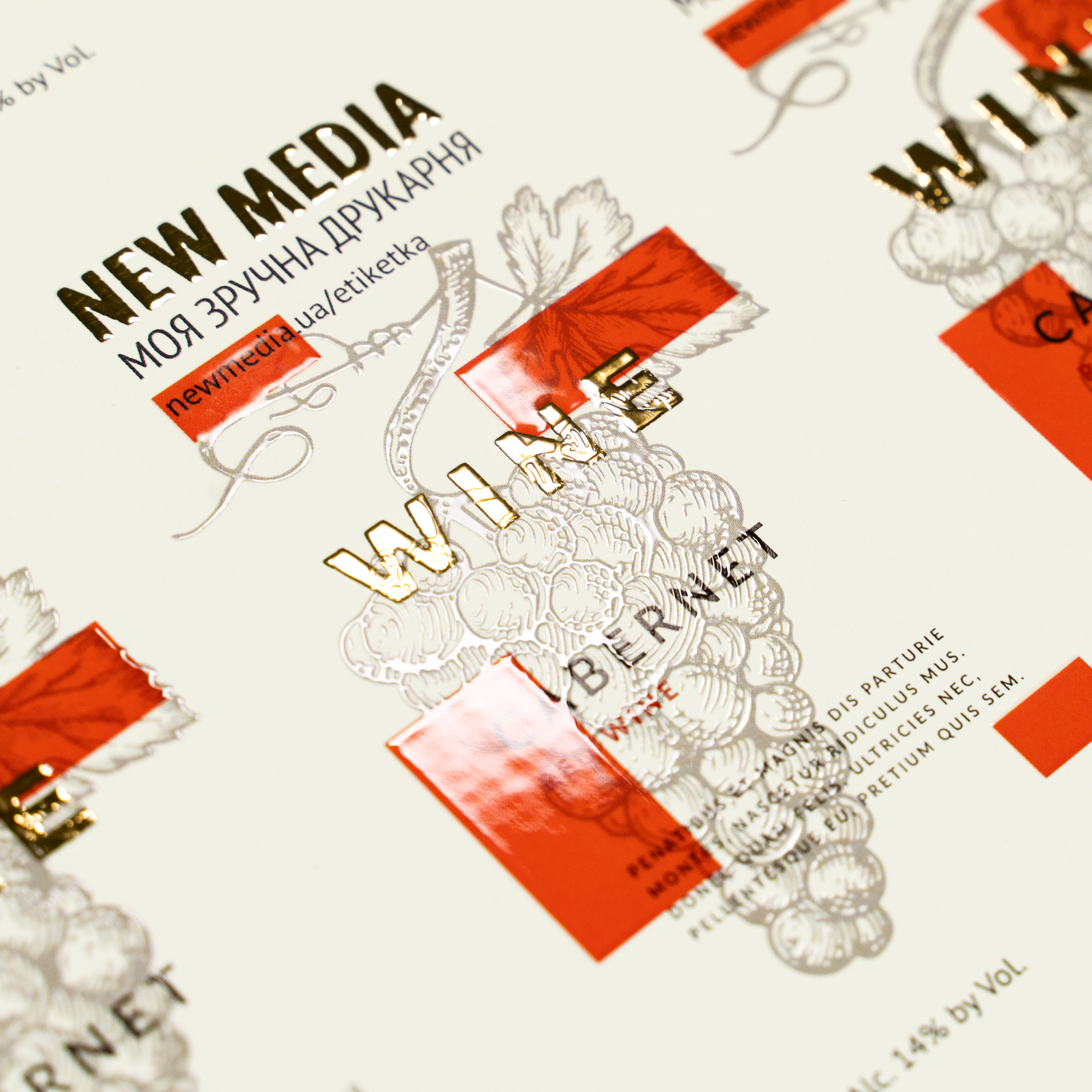 Before the war, the printing and packaging industry in Ukraine employed around 100,000 people, including 16,000 freelancers, working at more than 5,000 print and converting companies. To support many of them, Print Against War works to gather their needs, give a face and a voice to every Ukrainian printing company that asks for help, and structure as much assistance as possible with the help of market players. Based in Odessa, New Media is one of the hundreds of small and medium-sized Ukrainian printing and packaging companies in danger of not surviving the war. It will have to rewrite its future in the coming years.

Founded in 2014 and specializing in short-run printing, the company employed 35 people, 50 percent women, before the war. New Media counts design agencies, retailers, and several print houses among its clients. The company produces labels and top-notch packaging with digital embellishment services. To revitalize its offerings in 2020, New Media embarked on a plan to invest in new equipment, including a Konica Minolta AccurioPress for commercial printing, an AccurioLabel narrow-web press for labels, and a JETvarnish 3DS unit for digital spot varnishing and foiling.

“We invested in technology to make a difference for our clients and partners, but the war stopped everything,” says Viktor Artyushchenko, owner of New Media. “The communications industry in Ukraine is annihilated, and it will take years for the domestic market to restart.”

Hope for the future

In the first month of the war, New Media lost 90 per cent of its turnover. The following month, it regained a small portion; but 100 days after the invasion began, turnover was about one-third of the pre-war level. This makes it impossible to pay equipment leases and salaries, and make plans for the future. The company’s biggest concern is seeing its team of skilled professionals dispersed.

“The conversation with Print Against War was unexpected, and it was really a kick in the pants,” says Artyushchenko. “For the first time, we felt that we were part of a global industry; and it forced us to look inward, redefine our priorities, and convince ourselves that we need to create the conditions to take our products beyond national borders.”

New Media started conversations with new potential customers and resellers in some European countries, especially those print houses that own the same technologies. Soon, the company aims to automate its workflows and create a multiple-language website and an e-shop to sell in Ukraine and abroad. To do this, they will need consulting, support, and technology. Three areas Print Against War will focus its efforts on in helping this digital native company.

If you would like to meet Artyushchenko and his colleagues, talk to them, and discuss how to help, please join the Print Against War community, which includes dozens of friends worldwide. The group is a private and safe place to meet and cross-reference requests and offers of help. On the Print Against War website, you can discover the stories and needs of many members of the Ukrainian print family.