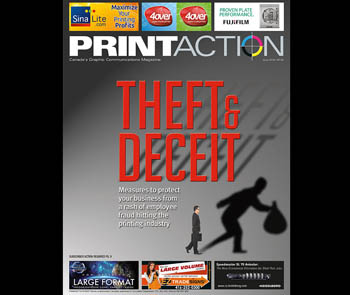 The San Antonio Express News reports a local woman was sentenced last Thursday to 37 months in a U.S. Federal prison for stealing nearly $300,000 from the payroll taxes of a printing company.

Reporter Guillermo Contreras has followed the case since a Federal Grand Jury handed Monica Richardson a 14-count indictment in June 2011, which primarily centred on tax charges and payroll deceit, beginning in 2002. Richardson was a comptroller with the Watermark Group.

In June 2014, PrintAction contributing editor Victoria Gaitskell produced a cover article called Theft & Deceit after speaking with two forensic accounts and one police detective about the best ways to protect your business from employee fraud.