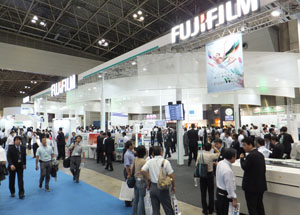 Held in Tokyo every four years, IGAS is expected to host 100,000 visitors from several countries during the 7-day tradeshow, which concludes tomorrow. During the first six days of the tradeshow, some 66,980 printing professionals had attended the exhibition, with more than 5,000 people coming from overseas. 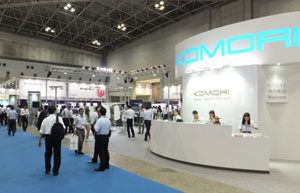 “The Great East Japan Earthquake gave a great damage at the scale which we have never experienced before and had a significant impact on the entire industries in Japan,” wrote Yoshiharu Komori in a welcoming letter for IGAS.

“There are still many who have been forced to live in evacuation shelters for more than six months in the affected areas,” continues Komori. “We would like to express our heartful gratitude to heart warming support by many people all over the world. ” 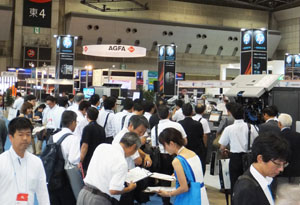 The theme of the current IGAS show is “Print your future! Printing evolves with environment.” More than 330 companies are participating in this year’s printing exhibition, which comprises 2,740 booths spread across more than 41,000 m² of space. Thirty-two of the exhibiting companies are from foreign countries.