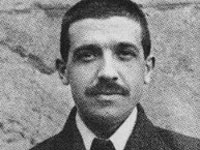 The National Post is reporting an elaborate case of fraud has been uncovered which traces back to a small Toronto-based printer. The alleged fraud centers around Tzvi Erez, the print shop owner of E Graphix Ltd.

According to the Post, the scam involved 76 high-profile investors from Toronto’s Jewish community, who lost more than $27 million. Erez is alleged to have claimed to be brokering large print jobs for blue-chip clients, and then asked the alleged victims for cash advances on large printing orders, claiming a return on original investment plus 30 percent per annum on delivery. There were no large orders, and money was diverted to attract more alleged victims.

Erez’s lawyer claims the money was lost gambling in an effort to repay investors, which, according to the newspaper article, casino records seem to collaborate at least in part.  A bankruptcy order has been issued to Erez and all of his companies. A criminal investigation is currently underway by the Toronto Police Services’ Fraud Squad, with police asking for victims to step forward.