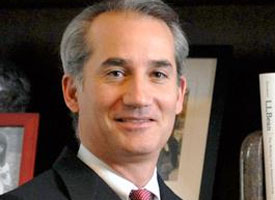 Quad/Graphics Inc. of Sussex Wisconsin, one of North America’s largest printing operations, reported a net loss of $14 million (all figures in U.S. dollars) for its first quarter ending March 31, 2013.

The reported results include the company’s acquisition of Vertis, which took place on January 16, 2013, for $237 million. This purchase, according to the company, led to taking on a $160 million increase in debt during the quarter.

“Our first quarter results were in line with our expectations and we reaffirm our previously released 2013 annual guidance,” stated Joel Quadracci, Quad/Graphics Chairman, President and CEO. “In addition, we are pleased with our progress to date on the integration of Vertis. Our integration team has been focused on cost-savings initiatives and improving the overall efficiency and productivity of our platform.

“As expected, our Adjusted EBITDA margin was 10.1 percent,” stated John Fowler, Quad/Graphics Executive VP and CFO. “This reflects Vertis’ lower margin profile; continued pressure on Vertis’ margins due to pre-acquisition financial challenges, including its bankruptcy filing; the seasonality of Vertis’ business, which has volumes and profitability more heavily weighted in the back half of the year; and ongoing industry pricing pressures.”