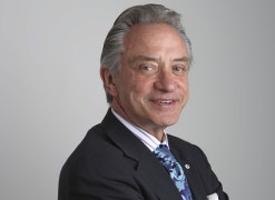 Subject to approval by Canada’s Competition Bureau, Postmedia is to acquire Sun Media’s 175 newspapers and publications, including the Sun chain of dailies (Toronto Sun, Winnipeg Sun, Edmonton Sun and Calgary Sun), as well as The London Free Press, the 24 Hours dailies in Toronto and Vancouver, and community dailies and weeklies, buyers’ guides and specialty publications.

The transaction also includes the Canoe portal in English Canada, part of the national sales team based in Toronto and Quebecor’s Islington, Ontario, printing plant. The $316-million purchase price is payable in cash, subject to the customary adjustments and to a $10 million adjustment, related primarily to real estate properties.

“Consumers now have many ways to get their news, and as a result the newspaper business has faced increasing competition from digital media and new technological platforms. Newspaper revenues have been declining year by year,” stated Pierre Dion, President and CEO of Quebecor and Quebecor Media.

“This transaction therefore comes at a time when the Canadian newspaper business absolutely needs consolidation to remain viable and to compete with digital media,” continued Dion. “The transaction will also keep Sun Media Corporation’s properties in the hands of a well-established Canadian group.”

At the beginning of September 2014, Quebecor finalized its sale of 74 Quebec-based weeklies to Transcontinental for approximately $75 million. As a result of acquiring Sun Media’s 74 weeklies, Transcontinental, from its complete portfolio, sold 14 titles and planned to stop publishing another 20.