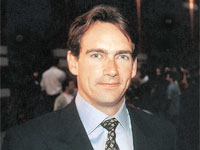 According to the Canadian Press, media conglomerate Quebecor is cutting upwards of 400 jobs from its Sun Media division, which publishes 43 paid circulation and free dailies and more than 200 community newspapers across Canada.
In an interview with the Canadian Press, Paul Morse, President of the Southern Ontario Newsmedia Guild, claimed several layoffs at the Toronto Sun was attributed to the outsourcing of prepress work to India.
Quebecor has yet to confirm the cuts to its Sun Media workforce. Quebecor purchased Sun Media in 1999 and its last major round of cuts occurred just before Christmas in 2008 when 600 jobs were eliminated.
At the start of this month, Quebecor announced its third quarter 2011 results which saw its net income down $56.9 million from the same quarter in 2010. Revenue from its news media division dipped to $235.2-million in the quarter, down from $238.5 million.
Advertisement
Print this page