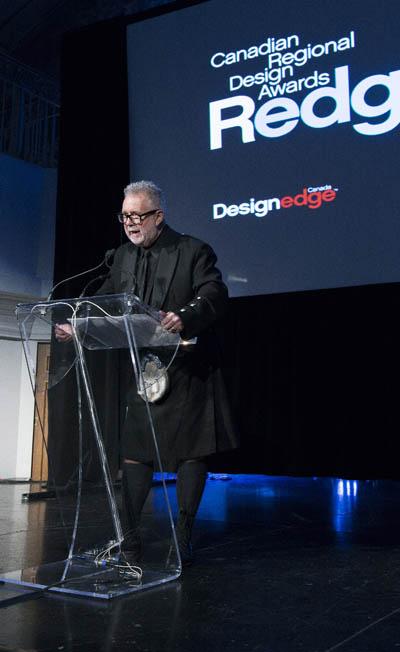 Designedge Canada presented the 2014 Canadian Regional Design Awards at the Berkeley Church in Toronto, hosted by Jay Mandarino, Chairman and Founder of the C.J. Group of Companies, which controls Designedge.

The format of the Canadian Regional Design Awards program, colloquially known as the Redgees, divides the country into eight regions in which design firms compete against others within their geographic location.

Close to 500 submissions were entered into this year’s program, comprising 14 different print and digital graphic design categories. The panel of 16 judges, who do not evaluate entries from their own region, use a blind process to determine the winners, which are divided into Best of Region, Honourable Mention and category winners.

Best of Region winners include Hambly & Woolley of Toronto; Orangetango of Montreal; Gooselane Editions of Fredericton, NB; VentureWeb of Squamish, BC; KiK Innovation of Winnipeg; Luke Despatie & The Design Firm of Port Hope, ON; Intent of Kitchener, ON; and the in-house design team of TMX Equicom in Calgary.