After four decades in the industry, Jay Mandarino reflects on running his print business 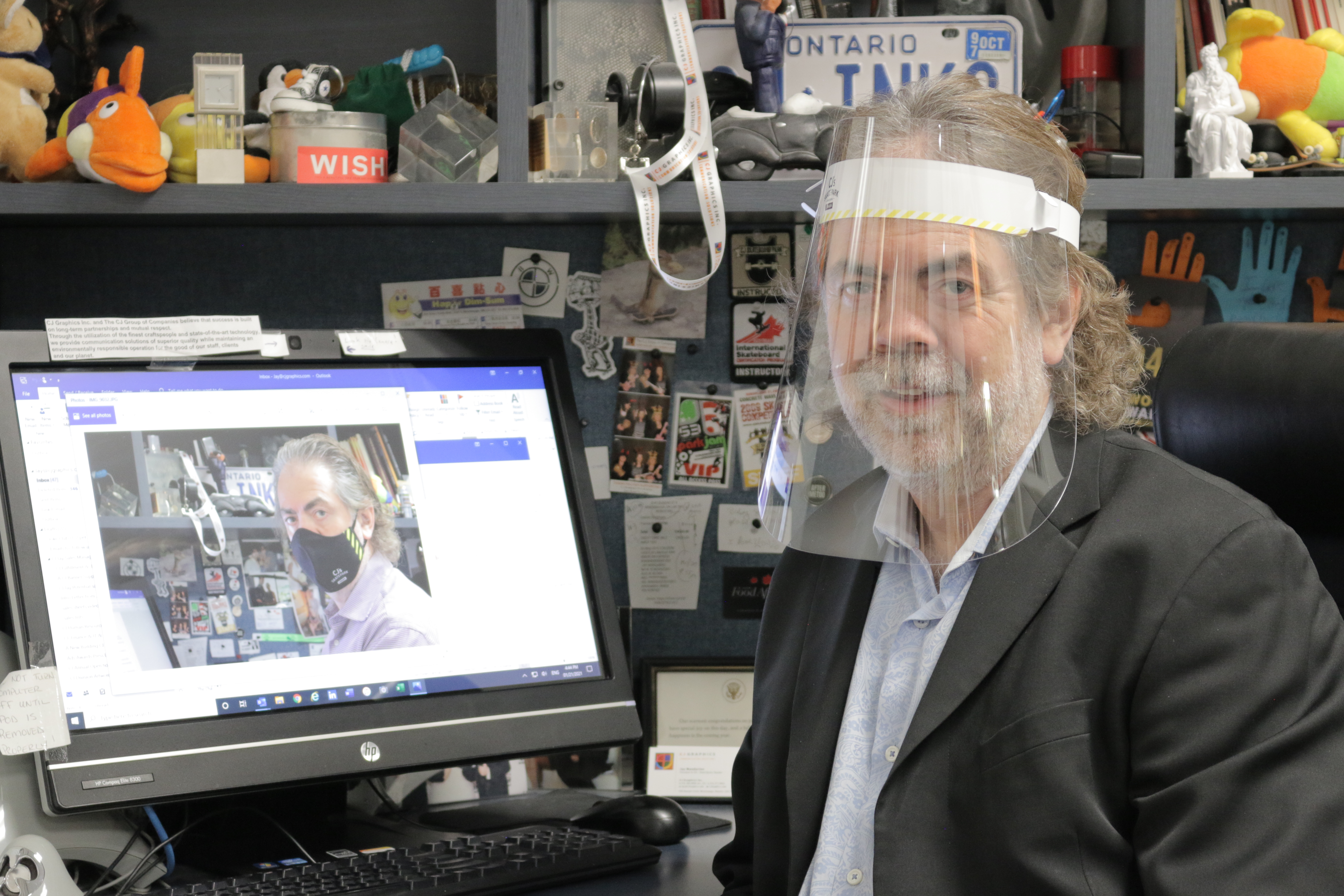 Jay Mandarino is president and CEO of CJ Group of Companies. In this role, he oversees the daily operations of several ventures, including CJ Graphics, Inc., and CJ’s Skatepark.

Founded in 1980, CJ Graphics Inc. is housed in a 240,000 sq. ft. facility in Mississauga, Ont. Recognized as the most-awarded printing company in the world, CJ Graphics has been the recipient of over 6,500 awards since its inception, including several Benny Awards, handed out by the Printing United Alliance. Mandarino himself has also been the recipient of several of PrintAction’s Canadian Printing Awards, including Canada’s Printing Leader of the Year, Community Leader of the Year and a Lifetime Achievement Award.

Sustained success
Mandarino notes that the company didn’t set out to win awards, but the awards have opened doors that may not have otherwise been available to them.

“[The awards we’ve won] became a marketing tool, and it certainly got us into places that we wouldn’t have necessarily gotten into before. It let us get a lot of right refusals and jobs, so even if we charged a higher price, people would say, ‘we want you to do it,’” says Mandarino. “People are buying a brand when they’re buying a CJ product. We stand behind our work and [clients] know they’re going to get it on time.”

As the company celebrated its 40th year in business in 2020, Mandarino says it’s humbling to have been able to withstand the test of time, especially during a global pandemic.

“In 1990, I received one of my first big awards. I looked around the room and I was in awe of these amazing printers. A few months ago, I realized that most of those companies have closed, have been sold or went bankrupt,” he says. “Only one [other] company is still around, which is kind of scary. It makes you realize, wow, we have staying power.”

According to Mandarino, the company has seen this level of success because it has always prioritized investing in new technology, including beta testing, and adhering to best practices, including information sharing, even with competitors.

A main strength
One annual tradition that Mandarino enjoys carrying out is an awards ceremony honouring his employees, to whom he attributes a large portion of the company’s success.

“I’m sure people hear this all the time and hopefully they believe it, but the strongest asset you have is your people,” says Mandarino. “We do some pretty unique projects that are really out of the box. A lot of people are not set up to do those. We have some really creative people in house – structural engineers – and we’ve been able to come up with some really clever ways of doing things, and clients love it.”

Dispensing advice
Mandarino makes the effort to stay on top of industry information-sharing events, including conventions, virtual events and podcasts. His suggestion is to, “get around, meet people and learn new things. It’s about taking that all in and thinking of what the next big thing is, and then trying to get ahead of the curve on that.”

He adds that he had some amazing mentors himself that shared advice, thoughts and opinions with him, but at the end of the day, he followed his own gut instincts to get where he is today. “Too often, we don’t listen to our gut instinct, but it’s generally right, and we talk ourselves out of it,” he muses.

Looking forward, one of Mandarino’s main future goals for CJ Graphics is forming a succession plan. “To me, it’s not as important what I get for the company, but I just [want to maintain] the same craftsmanship, respect of staff and people,” he says.

Mandarino believes the industry will change drastically in the coming years. In order to deal with too much competition with not enough people buying, which is one of the major challenges faced by companies in the industry, Mandarino suggests the idea of merging in order to stay afloat during the pandemic.

“I think you’re going to see 30 per cent of [print] businesses gone,” he says. “I think some companies will become stronger; some will merge and become bigger,” Mandarino adds. “We really have to think about what we’re going to do, because we need small businesses. All these huge businesses, you can’t compete against them.”

Mandarino’s advice on becoming worthy competition: “Don’t pigeonhole yourself or your business and think of yourself as just one thing. You are your own limit,” he says.

After 40 years in the industry, Mandarino’s recipe for success is to never give up. “There’s no secret to being successful. It’s hard work and being at the right place at the right time and how they collide,” he says. “Be positive, but you have to work hard. If you truly believe it, if you wish for it, then it will happen.”

This article originally appeared in the January/February 2021 issue of PrintAction.