This morning, Quad/Graphics Inc. and World Color Press Inc. announced they have cleared antitrust regulatory requirements in the United States and Canada in relation to their proposed business combination. 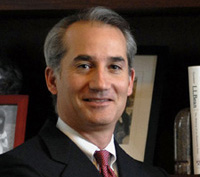 The pending deal was first announced back in January 2010, with Quad/Graphics’ current leader, Joel Quadracci, ready to serve as Chairman, President and CEO of the expanded company. After filing their Pre-Merger (Arrangement) Notification and Report Forms with the U.S. Federal Trade Commission and the U.S. Department of Justice, the companies were required to wait until March 29, 2010, before clearance was provided.

According to a joint statement by the companies, the transaction remains subject to completion of approval under the Investment Canada Act, as well as to the satisfaction of other closing conditions.

If the acquisition is completed, it would create one of the world’s largest printing companies, employing nearly 30,000 people in the U.S., Canada, Latin America and Europe. World Color and Quad/Graphics had aggregate, non-audited revenues of US$5.1 billion – for the 12-month period ended September 30, 2009 – and aggregate non-audited, adjusted EBITDA of US$647 million.