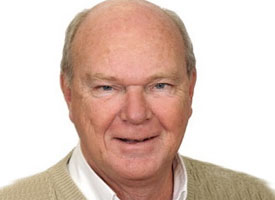 Industry veteran Blair McLaren of McLaren Graphics in Bracebridge passed away last month after a 3-month battle with cancer. He was 59.

McLaren was the Vice President of Manufacturing at the family-owned company. He got his start in the industry at the young age of 14, working part-time at McLaren Morris and Todd, a company his father co-founded.

Blair is survived by his wife, Debbie, his two daughters, as well as his parents, John and Marney McLaren. The funeral mass was held at St. Joseph’s Catholic Church in Bracebridge on Saturday, March 26.