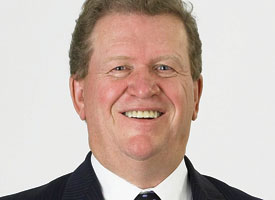 David Odell, former President and CEO of The DATA Group of Companies, passed away on November 10 after a battle with cancer. He was 62 years old.

Odell, a veteran of the printing industry in Canada, was also formerly President of the Yorkville Group, Empress Graphics and a number of divisions within Maclean Hunter and Southam Inc.

“David was a remarkable individual who had a profound impact on our company and who deeply influenced many of our employees, both professionally and personally,” said Michael Suksi, who was President and Chief Executive Officer in October of this year. “He will be deeply missed by all of us at The DATA Group.”

Odell served as President and CEO of DATA Group between May 2000 and October 2010, during which time it acquired long-time competitor Relizon Canada in 2006. Also within the industry, Odell was a perennial supporter of Eva’s Phoenix, which provides help for at-risk youth and training for careers in graphic communications.

Odell is survived by wife Cynthia, his two step-children Geoff and Jillian as well as his father, Gordon Odell.