British Columbia’s printing industry lost one of its long-standing members with the passing of 82-year-old Dell Fraser, who worked with some of the region’s leading printers and eventually ran his own shop, Dells Printing. 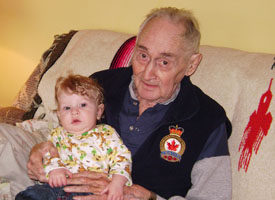 Fraser started his career at Hazeldine Press, owned at the time by Archie Hazeldine, before moving to Richmond to work with Smith Lithograph, which was eventually renamed Smith Grant Mann. While at Smith Grant Mann, owned by Dave Forrest Sr., Fraser met his future wife who was working in the company’s bindery department.

For a few years, Fraser ran his own company, Dells Printing, before taking a position with the UBC Print Shop as a cutter, letterpress and offset operator. He ended his long printing career with Murphy’s Stationary.

Fraser, who retired 22 years ago, was always heavily involved with the province’s printing community, as one of the longest-serving members in the British Columbia Printing Industries Association. Today, his son, Blair Fraser, looks over the operations of West Coast Reproduction Centres.