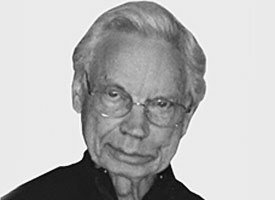 Don Atkins, former partner of Benwell Atkins Printers and a long-time leader within Vancouver’s printing community, passed away on November 8 at the age of 78.

Tracing its roots back to 1926, Benwell Atkins began as a small Vancouver-based mailing company and eventually became one of the most-prominent commercial printing operations on the West Coast. Today, the facility is owned by RR Donnelley, which is often described as the largest printing company in the world.

Born in 1932, Atkins lived his entire life in Vancouver and, in addition to his entrepreneurial success in the printing industry, was a strong supporter of several of the city’s organizations and institutions like the Vancouver Playhouse Theatre, YMCA and SA&D Publishers.

Based on his printing interests, Atkins was also a member of the Alcuin Society, which is a voluntary association of people who care about the past, present and future of fine books.