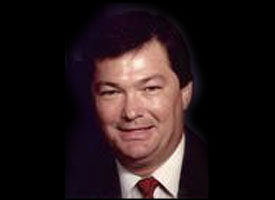 Fredric Thornley, Co-owner and Vice President of General Printers, passed away on January 8 after a battle with cancer. He was 63.

Thornley was born in 1947 in Owen Sound, Ontario, and moved to Oshawa when he was 19. He resided in that city ever since and spent 45 years at General Printers, working his way up to Co-owner and Vice President. He was also an active member in the Oshawa community, including membership in its Chamber of Commerce and involvement in the Kinsmen Club of Oshawa and K40 club.

Fred Thornley is survived by his wife of 43 years, Diane, and his daughters Kristine and Michelle as well as four grandchildren.

A funeral service is being held today at St. Matthew’s Anglican Church, 135 Wilson Rd. S., Oshawa, at 2:00 pm. with visitation at the church 1 hour prior to service.

In lieu of flowers, the family requests that you make a donation in Fred’s name to The Oshawa Hospital Foundation, R.S. McLaughlin Durham Regional Cancer Centre. A guest book for condolences an be found here.