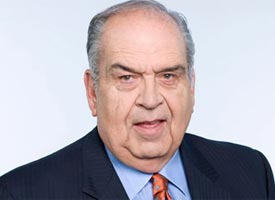 “Jean was one of the great builders of Quebecor,” said Péladeau in a statement. “All his friends knew him as a man of tremendous integrity and forthrightness. One of a handful of pioneers responsible for Quebecor’s success, he was still very much involved in developing strategy and advising senior management. I thank him and I pay tribute, as my father would have done in his day, to Jean’s passion, loyalty and dedication to the success of the Quebec institution that Quebecor has become during the past 40 years of growth. His insight and flair, his legendary efficiency and inborn business sense will be missed terribly. His death is a loss for the entire Québec business community.”

Neveu joined Quebecor in 1969 as Controller and occupied several management positions before leaving the Company in 1976 to become part of Transcontinental GTC. In 1988, he returned to Quebecor to serve as Vice-President, Dailies, and then Senior Vice-President. When Quebecor Printing Inc. was created in January 1989, Jean Neveu was appointed President and Chief Executive Officer, a position he held until December 1997 when he was appointed Chairman of the Board, a position in which he continued to serve until 2002. From March 2003 until March 2004, Mr. Neveu also served as interim President and Chief Executive Officer of Quebecor World Inc.

According to an obituary in The Globe and Mail, Neveu served as a trusted adviser to Pierre Péladeau, “the one who could tell Quebecor founder…when he was wrong.” He also played a critical role in the restructuring of Quebecor World.

Read The Globe and Mail obituary