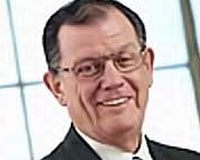 Lawrence G. Tapp, former Chief Executive of Lawson Mardon Group, passed away suddenly last Tuesday while traveling in Belize with his wife. He was 73.

Tapp also served on several boards of companies, including ATS Automation Tooling Systems, Talisman Energy and Softchoice Corp. Most recently he was the Dean of the Ivey School of Business at the University of Western Ontario, a role he held between 1995 and 2003.

Tapp was also very active in Canada’s swimming community, including serving as President of Swimming Canada in 1974. He was also inducted in the Canadian Aquatic Hall of Fame and the Ontario Swimming Hall of Fame.