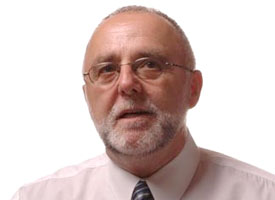 Lorne Patterson, Founder of print consulting firm Patterson + Associates, passed away suddenly this week of a heart attack while on holiday in Mexico. He was 61.

Patterson was a long-time Board member of the BCPIA and served as Chairman from 2001 to 2003. He also had a lengthy career with Bowne Canada, ending his career there to start his own firm as Managing Director of Financial Print in 2006. Before that, Patterson was Co-owner of BTB Ltd., a mid-sized printer before it was purchased by Bowne in 1993.

“We will miss Lorne a great deal, losing his input and work on the Board won’t leave just a hole, it will leave a canyon,” said Rob Varnel, BCPIA Board Chair. “He was our lead and guide on many new technologies.”